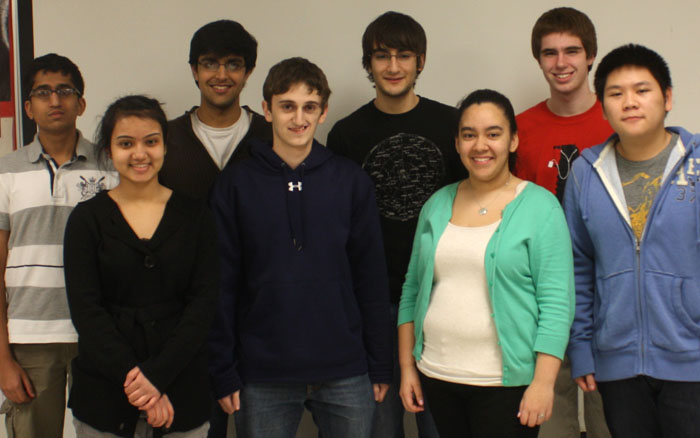 The math team will be participating in the state competition Friday, May 3 and Saturday, May 4 at the University of Illinois at Urbana-Champaign.

“We have very talented math kids on the math team, and we work hard to prepare,” Nortillo said.

Students will be competing in the junior/senior eight-person team, calculator team, and individual competitions that include oral, algebra two, and geometry.

Jain, who will be competing in the junior/senior eight-person team as well as algebra two, was pleasantly surprised when she found out she made it to state.

“I was very surprised when I found out that I made it individually as I was not expecting to qualify for that. But I felt very excited to know that I’d be going down to U of I to compete again. As for the eight-person team, we have always been a strong group so I expected nothing less,” Jain said.
Nortillo said that the team has been preparing by meeting weekly to practice for their events. They have also been looking at previous years’ problems. Their practice levels have been similar to their regional preparations.

Nortillo has high hopes for his team.

“We want to get a couple of top ten finalists on team events, and for our oralist, we are hoping for top three, maybe first place,” Nortillo said.

Liscio, who will be competing in the oral and junior/senior eight-person team categories, agrees with Nortillo.