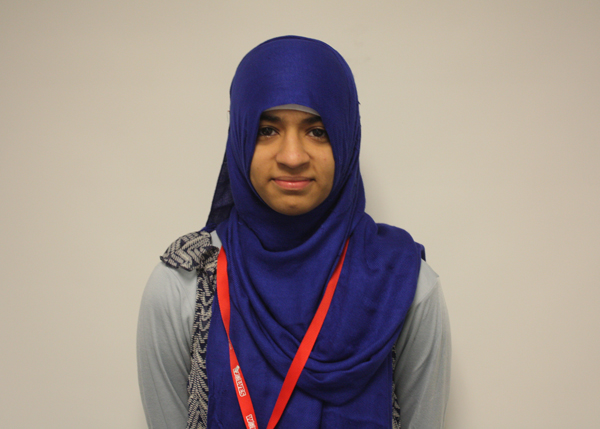 The ID card policy was initiated this school year in order to create a “safe educational environment” according to assistant principal of operations Kendall Griffin. But an honest assessment only three months into the initiation of this policy, allows me to conclude that this policy has been a failure. This policy was supposed to create a safe environment only if students were to comply and wear their IDs, which they have not been doing.

As a student who has always followed the rules, I have worn my ID every day. But is this what everyone else also does?

Although some students like Khan and I have worn our IDs, I believe the majority of students do not. A walk in the hallways of Niles West proves this statement.

“I do not usually wear my ID all day,” junior Shireen Husami said.

Some individuals, however, disagree with my view.

“I am not sure that I agree with your assessment in that the majority of students are disregarding the ID policy. Not sure where you are getting your information, if you have taken some sort of survey, or if you are simply assessing it by what you may see from your view, but I do believe students are wearing the ID’s,” Griffin said.

I agree that my conclusion should not be based on simple anecdotal evidence. Therefore, I have statistical numbers to support my conclusion: According to a poll conducted by the Niles West News website, 52% of the voters voted “I stopped wearing it after the first week of school. Nobody else does.” Only 20% of the voters said they wore their IDs every day.

“Walk the halls at Niles West and you can see this isn’t true. I would estimate it’s 1/10 of students wearing them. I’m not sure where he [Kendall Griffin] is looking,” Wiemer said.

In short, I think it is safe to conclude the a minority of students are complying to the policy. Thus, the question arises, is this policy then of any benefit?

According to Griffin, the policy is effective as it fulfills its purpose.

“I believe each and every faculty and staff member is wearing their ID’s and school issued lanyard and yes, I believe the policy has a benefit as it relates to the purpose it was instituted as a district policy: 1) Identifying who belongs in our buildings and who may not be a student or D219 staff member & 2) Increasing school safety,” Griffin said.

I completely agree that all staff and faculty members participating in following this policy, but what I disagree with is that this policy will help in identifying who may be a student. As stated previously, statistics put along with anecdotes allow us to reach the point where we can safely presume that some students wear IDs, but not enough to be able to fulfill its purpose.

Wiemer also states that he wears his ID, but he also thinks that there’s no benefit if students don’t do the same.

“I wear mine every day. I can’t really see any benefits if the students aren’t wearing them too,” Wiemer said.

Students also said they believe the ID policy is losing its importance.

“I do not see how wearing IDs would help the security of the school in any major way. The IDs aren’t even checked other than during lunch and study halls, which was done before the new rules anyways,” Husami said.

This is completely true. There has never been one incident when I may have forgotten my ID and faced a consequence. There is no enforcement mechanism being employed in order to make this policy yielding a fruitful effect. Time and time again we have been told that we should start wearing our IDs since we will soon be given detentions if we fail to do so, but this has failed to happen.

“You don’t even need them to get in to school or go on the bus. You only need them one period a day,” concludes Khan.

Griffin states consequences will be handed out during second semester.

“The time frame that had been communicated to students and staff for consequences being issued to students who choose not to comply with the district policy would be second semester. There has been no change to that timeline at this point,” Griffin said.

My concern is that it may be too late by that point. Unless the administration looks to hand out detentions to hundreds of students, the consequences at that point will be pointless.

Overall, I believe that the thought process behind the ID policy is great. If indeed it can provide security, it’s a good deal; however, my point is that if the main people — the students — are not participating in this ID policy, then there is practically no point to it.

If you want your say in the effectiveness of the lanyard policy, vote in our poll on the homepage.