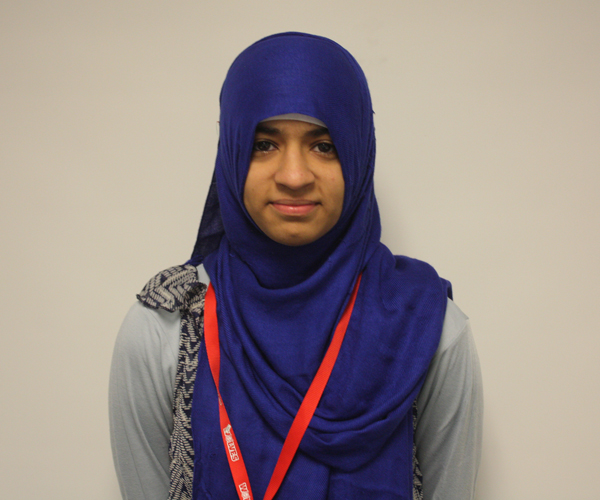 Senior Hafsa Wahid talks about being a Pakistani-American.

Previously as an assistant principal of operations Kendall Griffin had stated that consequences would be given out during second semester.

“The time frame that had been communicated to students and staff for consequences being issued to students who choose not to comply with the district policy would be second semester. There has been no change to that timeline at this point,” Griffin said.

We are well into second semester, and there is currently no consequence for students who do not wear their IDs. If you can recall, in my previous column, I stated that I wore my ID, but seeing no difference as to whether I wore it or not allowed me to make the decision to stop wearing my ID. What’s the point when barely anyone is wearing their IDs?  That won’t allow us to fulfill the initial purpose of the policy which was to  create a “safe educational environment” according to Griffin.

Current principal of operations Mark Rigby agrees that most students are not complying with the policy and that it is not fulfilling its purpose.

“I don’t think the majority of students are complying with the policy. The good thing is that now more students have their IDs with them. Theoretically, if people adhere to the policy, then yes [its purpose is being fulfilled]. Assuming that the theory is correct, then no [it’s not being fulfilled at this time],” Rigby said.

Rigby, however, adds on to Griffin’s previous remarks by saying that a decision about giving out consequences is still being discussed.

“We’ve been discussing the whether or not we should give out consequences. We’re working out a solution that works for everyone,” Rigby said.

Through this column, I am not asking for detentions to be given out. I am asking for a pointless policy to be terminated because its effects are bleak. Hopefully, these discussions will result in the removal of this policy because although consequences can be given out to punish students that don’t wear IDs, it is literally impossible to punish a vast majority of the students at West. And if all of them are not punished, then giving detentions to some students would be unfair and unjust.

Rigby has no idea as to whether or not this policy will be continued.

“[I have] no idea. The school board decides and right now we’re discussing how we’re going to do that,” Rigby said.