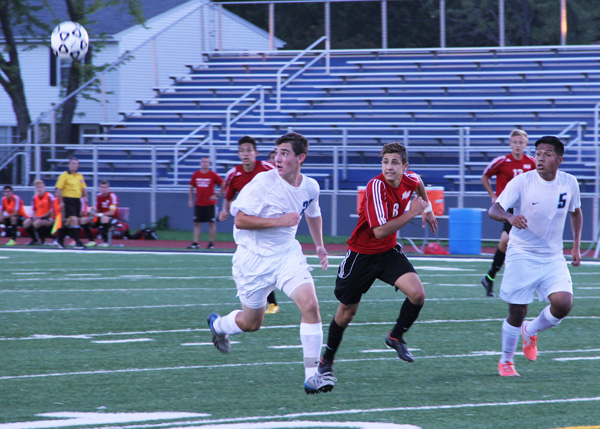 Last school year, the administration and students of District 219 began to prepare themselves for the new calendar that would take away two weeks of their summer but would cause first semester exams to be taken place before winter break. They would return to Niles West High school Aug. 12, 2014.

“With the start of the new calendar, some faculty and students have been forced to be put into a pressure-like situation that some may say could potentially affect all of the fall sports because returning to school two weeks earlier than usual is a huge shift in things for these fall athletes. The coaches have been in and out of my office causing my roll to be hectic, but stress comes with the job,” athletic director Kendall Griffin said.

A majority of the administration and students have been complaining and voicing their opinions on their shortened summer. But many forget that with the start of an early school year comes an early start to the summer.

“I don’t think that anyone at Niles West wanted to come two weeks earlier, but I don’t think they are thinking long term, imagine being able to enjoy our winter breaks and not have to worry about finals,” Griffin said.

Students have said themselves that thy don’t want to get out early. It may be cold when school lets out for summer break and the other schools will still be attending school so even if they wanted to start their summers, they refuse to without their other friends from the other schools in our conference.

“I understand what they are trying to do but it’s not very practical. I think it’s nice that we get to take our finals before winter break but besides that I personally don’t like the calendar change,” junior cheerleader Adina Soica said.