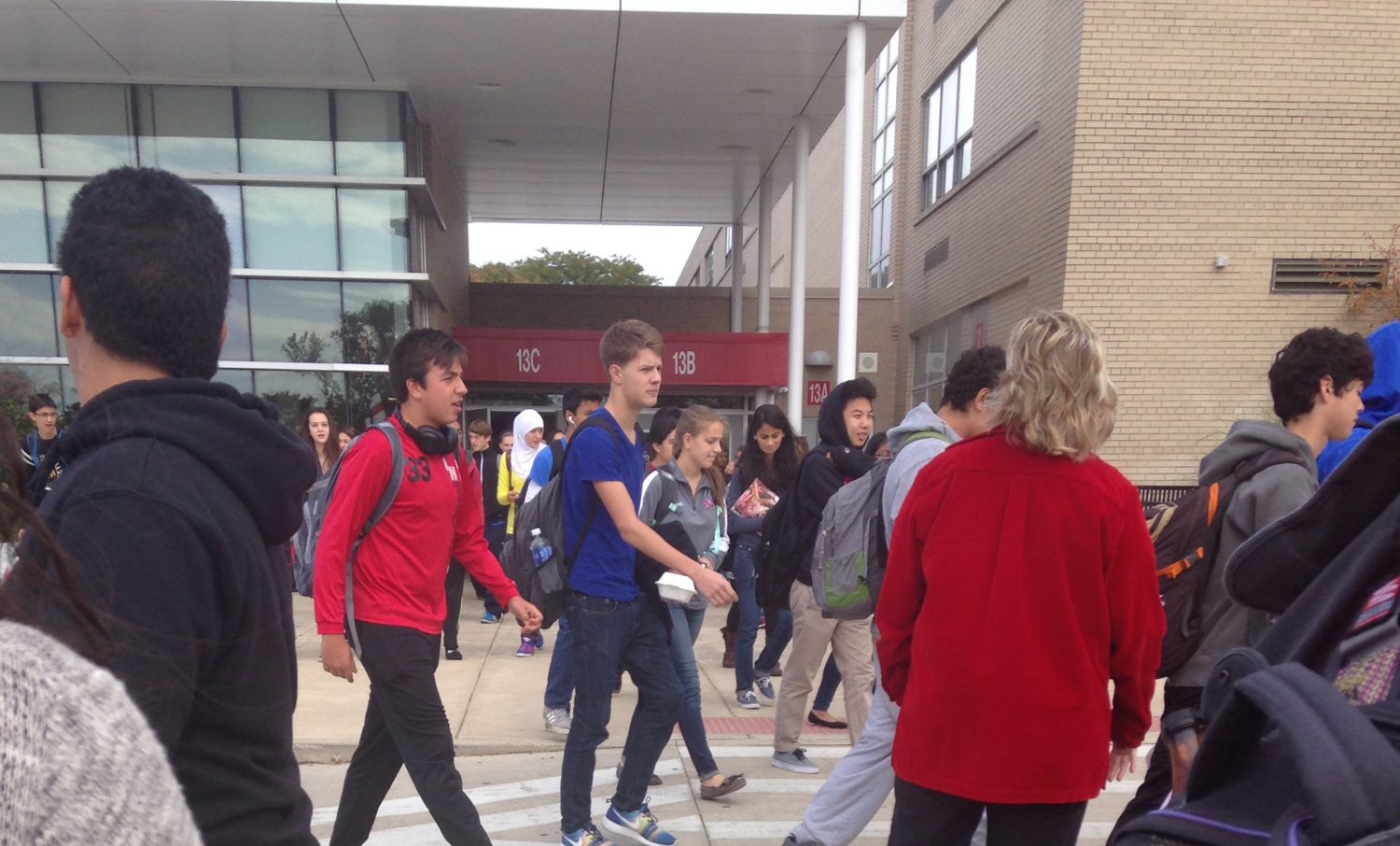 A small fire in a microwave set off the fire alarm during fourth period today, forcing students and staff to evacuate the building.

The fire alarm went off in the middle of fourth period, which was already shorten due to today’s late start schedule.

“It was a fire in a microwave, so it was more of a smoke thing. Someone tried warming up food and the food just burned. This is what frequently happens in these situations,” assistant principal Mark Rigby said.

Some students said they were upset because the alarm disrupted lunch.

“I waited in line the entire lunch period just to finally eat, and the alarm went off. I’m even more mad it went off for a small reason,” senior Brendan Clark said.

As students rushed out of classes, most said they were confused since there was a planned fire drill last week.

Senior Natalie Massih thought it may have been a student prank.

“If this was only a prank, it’s not funny because it disrupted every class,” she said.

Sana Kadir contributed to this article.