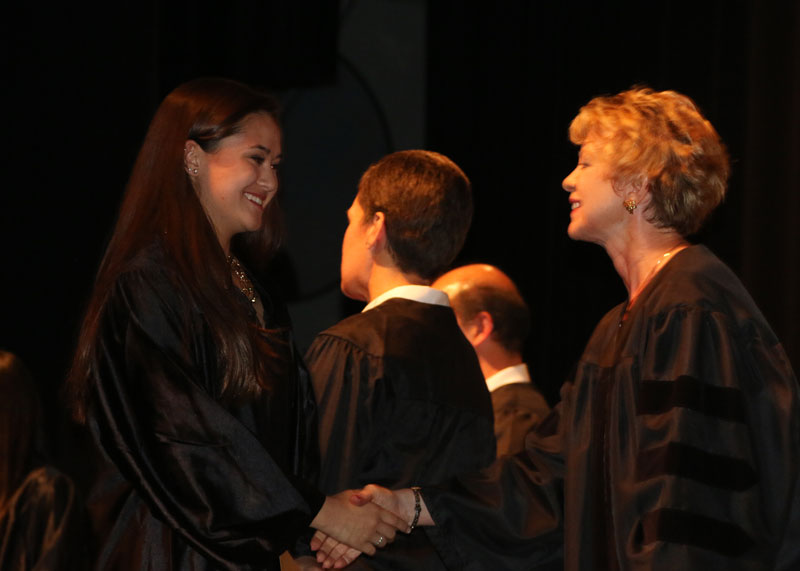 Seventy-seven Niles West students were inducted into the National Honors Society Wednesday, Nov. 4, at 6:30 p.m., as family and friends gathered to honor and recognize students who have not only worked hard throughout their four years in high school, but have shown great character by volunteering both at Niles West and in their own communities.

According to sponsor Daniel Gin, NHS is a prestigious national organization where only 12 percent of the senior class is actually inducted. These students are leaders of the school and underclassmen should strive to be like them.

“By nature, these students are already leaders and I hope they aim high to have good character and  continue to give back to the community and Niles West. Underclassmen should see these outstanding characters and want to emulate who they are, not just in the classroom but outside of school as well,” Gin said.

In order to be inducted, the student must have a GPA of 3.8 or higher, do community service, be involved in at least two activities, and must uphold the four pillars of National Honors Society: leadership, scholar, service, and character.

Earlier this year, Villa was diagnosed with cancer and made the decision to continue teaching despite going through chemotherapy. She told the story of a former student who didn’t do well in her chemistry class, but ended up becoming a nurse. She ended her speech by giving some advice about the unknown and uncertainty.

“I want you all to remember that every great person is not perfect. You must be comfortable with being uncomfortable,” Villa said.

“My favorite part was Ms. Villa’s speech. Telling us her life struggles could not have been easy but it was so inspirational. She definitely deserved the standing ovation that she received,” senior Justyna Magiera said.

What each speech did in its own way was commemorate all of the hard work these students did to get where they are now.

Some students said they didn’t join because it would look good on college applications, they did it because they love to help others and because they felt like they are part of something bigger than themselves.

“I don’t do things to put them on my resume to say I did something, that’s not my motive. I do things because I believe in organizations and giving back to a school and community that’s given me a lot,” Hofeld said.