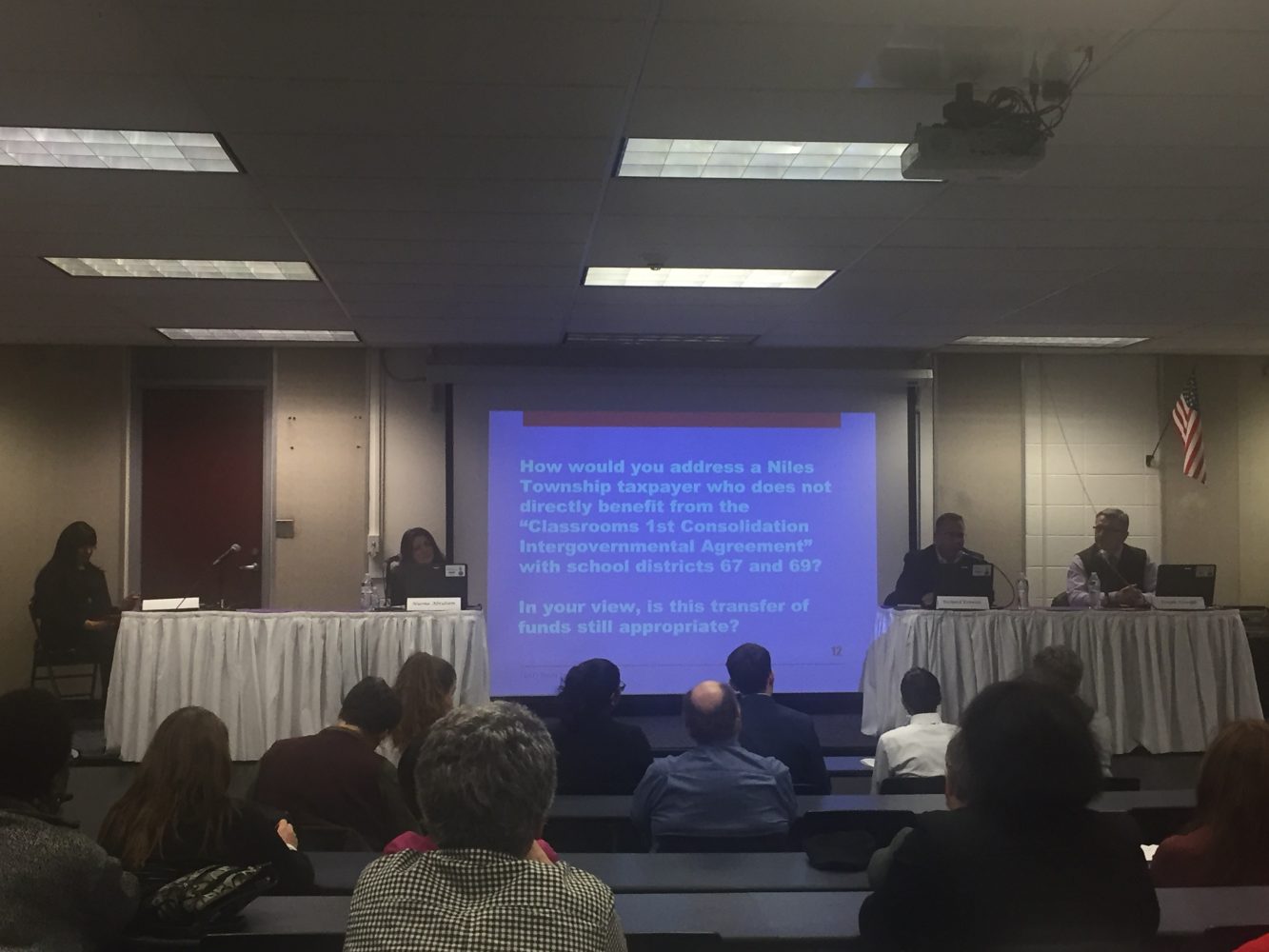 Niles North played host to a forum for District 219 Board of Education candidates led by student government representatives and Parent Advisory Council (PAC) members from North and West on Tuesday, March 7. District parents and students were also in attendance.

Candidates Naema Abraham, Richard Evonitz, and Joseph Nowik all participated in the forum, where they answered questions written by the student governments of both schools and approved by PAC members. Virginia Camacho, who is also running for one of the three available board of education seats, chose not to participate in the forum.

Student government representatives posed questions to the candidates about such important issues as equity, fine arts, school spending, and special education within the district.

Each candidate outlined particular issues they feel most strongly about during the forum. Nowik, who is currently a board member and has two children in the district, cited D219’s previous issues with transparency and focus on families as his motivation to run for the school board.

“The reason why I chose to run for the board was because I felt that this district needed an opportunity to be a little more transparent and a little more focused on the needs of the community,” he said. “I felt that this community did not address some of the issues that many parents feel or come across, in terms of special needs and those issues.”

Abraham, a D219 alum, chose to run to advocate for other members of her community who are generally underrepresented.

“I feel that we need more diversity at the board level,” Abraham said. “I am an Assyrian myself, and, unfortunately, people from my community don’t advocate as much as they should for their children, and I feel like having somebody with that same background at the board level will definitely add that perspective to some of the decisions that are made by the board.”

Civic duty was another reason the candidates were motivated to pursue positions on the school board, as Evonitz, an East Prairie school board member, said.

School board elections will be held Tuesday, April 4; the four candidates will be competing for three available school board seats.