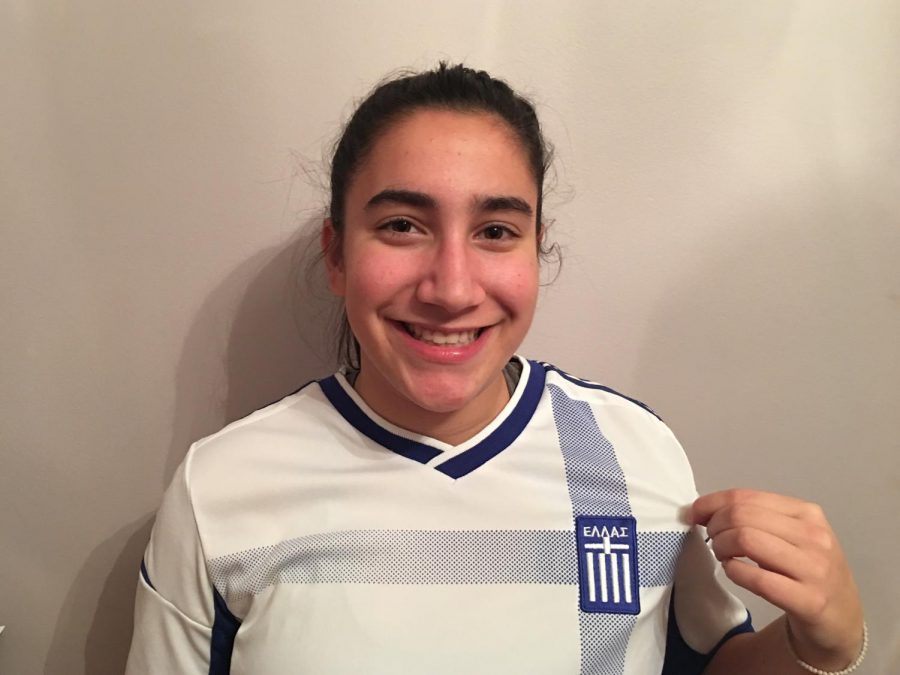 Every Sunday, you can find senior Nikoleta Baxevanakis in one of the front pews at Saint Harry’s church. Attending a Greek Orthodox church merely scratches the surface of Baxevanakis’s pride in her nationality. Bringing that to West, Baxevanakis’s prides herself on being president of Greek Club and carrying her background throughout her everyday life.

As president, Baxevanakis is in charge of all things planning, fundraising, and scheduling. She has her own definition of what Greek club really is.

“Greek club is a club that is open to anyone, non-Greek or Greek. We fundraise by doing bake sales in hopes to go out around the area to fun events. This club is great if you are just wanting to meet new people, learn about Greek traditions, and feel a part of something enjoyable,” Baxevanakis said. “Not only do we learn Greek normalities, but we are a big part of International Week and International Night. We make food throughout the week, and at International Night, we perform a few Greek dances in hopes of winning the dance competition.”

Alongside Baxevanakis is junior and co-president Sofia Stefanis. Stefanis agrees with Baxevanakis that Greek club is meant for expanding diversity and bringing a group of great people together.

“Greek club brings a lot of fun and laughter into our lives. Nikoleta does a great job of collaborating with everyone and executing her plans to the T,” Stefanis said. “She knows what direction the club should be going in, and she does a great job getting all different kinds of people to participate.”

Sponsor Christina Kastrinakis expresses her pride in her ethnic club and the job that Baxevankis has done thus far.

“Nikoleta has been a part of Greek club during her entire high school career. She leads the club in weekly meetings and is an important part of planning all of the different events,” Kastrinakis said. “Since I have joined as the club’s sponsor, our enrollment has increased every year. Nikoleta’s commitment to the club has played a huge part in that.”

With her constant drive to improve the club and be a successful part of Niles West’s international community, Baxevanakis takes no days off. Whether she is planning the next bake sale or calling for a reservation at a Greek restaurant, something is always being done. For many, clubs are just a way to socialize and say they are apart of something, but for Baxevanakis, this is a part of her life and one thing she never takes for granted.