We Need a New Lockdown Procedure 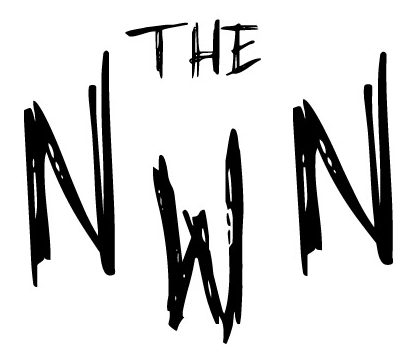 As news of the 17 teenage students who died in a massive attack by an active shooter at Marjory Stoneman Douglas High in Florida reached us last Wednesday, it became clearer than ever that the United States is suffering from a serious problem. In the past two decades, this culture of mass shooting has become a pandemic; barely two months into 2018, Gun Violence Archive reports that there have already been 34 mass shootings this year. This horrible trend results in one pervasive issue: students don’t feel safe in their schools.

For many Niles West students, the Florida shooting reminded us of the frightening experience of our own lockdown  earlier this school year. During this episode, many students were left feeling shaken, not just by the threat of a potential active shooter in our school, but by the school’s apparent lack of preparation to handle such a serious threat. Some classroom doors were left unlocked and un-barricaded; inaccurate information was rapidly disseminated across social media platforms, with nothing factual being released to counter it; meanwhile, students were huddled in the corners of classrooms, and parents crowded the front steps of the school, worrying for their children.

Following that incident, it became obvious to many students that our school needs to take a serious look at our lockdown policy and procedure. While changes were apparently made after the lockdown this year, students and teachers have yet to complete a run through of the revised procedure. We still feel woefully unprepared.

One of the main procedural issues is the logic of hiding. Nearly all of us have been practicing “Code Red” drills that entail hiding in corners since elementary school; yet, when hiding from a potential gunman in a classroom with windows or an unlocked door, it feels more like lying in wait for an attack than actually protecting ourselves. Escaping seems like the safer, more logical reaction; in fact, many safety experts advocate for a “run, hide, fight” response to active shooters.

While there are obvious logistical disadvantages of everyone simply fleeing the school at once, running also provides the relatively safest way to escape a potential shooter. After the Niles West lockdown, some students told stories of being forced to remain in classrooms by their teachers, who were only following school procedure, even though their classroom had a door to the outside. Fleeing from a side door could have easily saved their lives if the threat had been more severe. During the Virginia Tech shooting in 2007, students escaped by jumping out of second floor windows, not lying on the floor in a corner hoping for the best. Since the concept of being locked in the school with a shooter is rightfully unappealing to most students, an organized evacuation procedure seems the most popular, and proven, approach.

Further, many students felt wary about the lack of information disseminated from reliable sources during the lockdown. At Marjory Stoneman Douglas High, students were posting terrifying, often gory videos to Snapchat of the scenes from inside the school. While this certainly provides some insight of what it was like for the students at the time, the psychological impact of that being the only information other students can see is frightening. If an incident like this were ever to occur, it is the responsibility of the school and the administration to disseminate accurate, helpful information. Otherwise, all students and parents have is “news” on social media.

Until something can be changed, not only at the nationwide level, but also in our individual schools, students are going to continue to feel unsafe coming to school every day. We need a more effective and routinely practiced lockdown procedure. We should spend time in our classrooms learning, not planning escape routes. We need this to happen now.