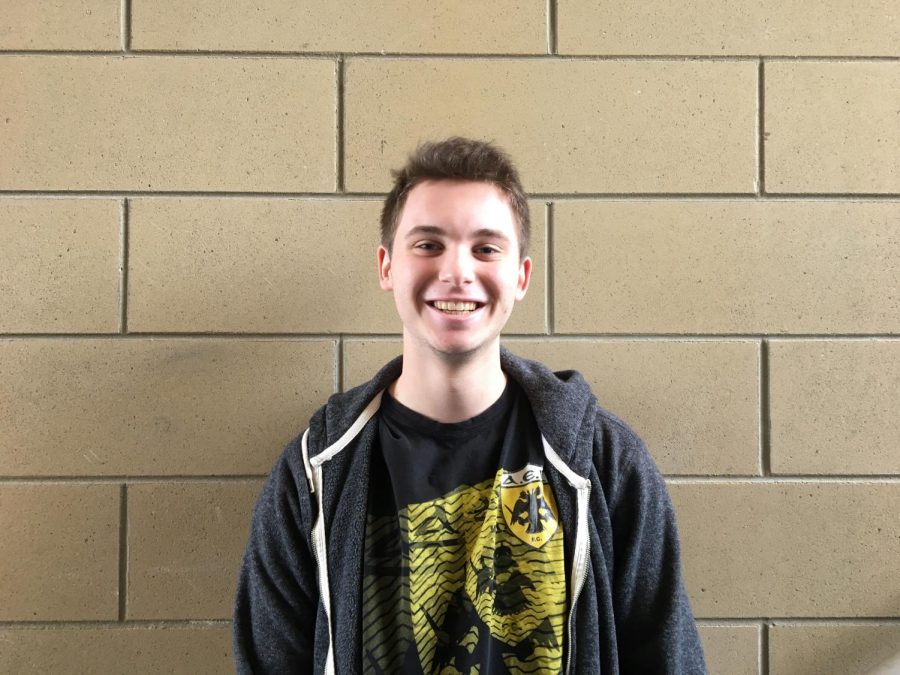 As the ball makes its way across the net, senior George Hatzopoulos stands with his paddle in hand, ready to make the return. Since joining the ping-pong team last year, Hatzopoulos’s love for the sport has only grown. From wanting to partake in activities to evolving into the ping-pong player he’s become, Hatzopoulos wouldn’t trade the process of trial and error for the world.

Hatzopoulos joined the ping pong team last year as a junior in hopes of trying something new.

“I joined the ping pong team last year because my friend Anthony [Ty] got me into playing, and we originally started playing in his garage with his first table. He and our other friends joined the club because we wanted to play regularly,” Hatzopoulos said.

Aforementioned teammate and friend, senior Anthony Ty agrees that Hatzopoulos has grown as a friend as well as a player over the past year.

“George has been a long time friend of mine ever since first grade, and he’s always been the friend that I could go back to, who I could trust whenever I needed something. George brings a lot of energy to the team and definitely hypes all of us up to get us excited to play,” Ty said.

Being on the team for two years now, Hatzopoulos feels his skills have improved. His continuous drive to polish his strengths provides him with the effort needed to improve his weaknesses.

“I think my strengths as a player and during matches are my fast offense and attack. My playing style involves trying to score quick points, so definitely being able to catch other people off guard is one of my strong suits,” Hatzopoulos said. “I definitely think one of my weaknesses is dealing with spin. Spin in ping pong really takes the game to a different level, and a lot of the more skilled players know how to use it a lot more effectivly than I do, so I want to improve on that.”

Interacting one-on-one is a necessity for the sport of ping pong. Coach Jerry Pope has found joy in his experiences with having Hatzopoulos as a member of the team.

“George is going to be hard to replace because he is so well-liked by everyone on the team, and he has such a positive influence on everyone around him. He is always smiling, upbeat, and has a great sense of humor. He is extremely focused when it comes to playing, and that’s really cool to see the balance,” Pope said.

With Hatzopoulos being a senior, Pope reflects on how much he will be missed in the following year.

“George has been a great kid to coach. Everyone on the team loves George and just gets drawn to him. Without George, we definitely wouldn’t have as many laughs. One of the things I’m going to miss is his camaraderie, and he’s just like a little brother to everybody, and that’s going to be really tough to replace,” Pope said.

Playing the sport of ping-pong brings many worthwhile successes and sometimes difficult challenges. From long practices to exhausting matches, Hatzopoulos wouldn’t trade it for anything. The lessons learned and the things he has taken away from ping-pong will always be with him, and the sport will remain as an activity he is forever grateful to have partaken in.