An Orchesis Show You Didn’t Want to Miss: “Severe” 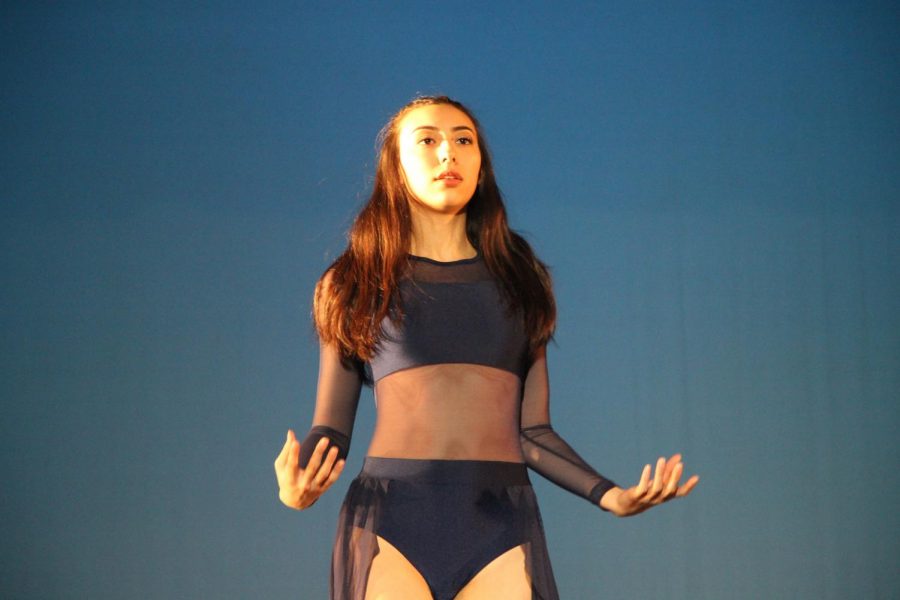 For the past couple of weeks, all I have been hearing about is the upcoming show called “Severe” that Niles West Orchesis was performing. The students I knew in it have been putting in hours of work and talking about how amazing all the dances were. As the show approached, the buzz about “Severe” grew even more. By the end of Orchesis tech week, I knew I had to go see it.

Orchesis performed “Severe” this past week on Mar. 7 through Mar. 10. I went to go watch their final performance on Saturday. The show began at 6:30 p.m. and lasted roughly two hours. As the show began, the lights in the auditorium all went dark. The Orchesis Company all came out on stage to begin “Severe.” Lights were illuminating the stage and different members of the company danced on the stage. Dancers were outlined by silhouette lighting, emphasizing the various contemporary movements. The first dance set my expectations high for the rest of the show, and I wasn’t disappointed.

During the first act, various solos and group pieces were performed one after another. Each dance varied from the next. Different styles of dance were performed across the stage, along with various music genres. Director and choreographer Matt Pumanes performed a duet with his niece, Orchesis officer, and senior Jasmine Pumanes. They performed a powerful piece called “Love” emphasizing the importance of family.

Orchesis officer and senior Audrey Choi also performed a special solo dedicated to her sister. Choi’s dance was choreographed by her sister, a former Orchesis member and officer. Choi performed her final dance for Orchesis in the same dress her sister did.

Orchesis officer and senior Nicole Cardona performed a solo that was a tribute to the recent Parkland shooting. At the end of her dance, she threw 17 white roses into the crowd, one rose for each life lost. 17 students also joined her on stage. Cardona’s solo pulled at my heartstrings and left me in tears.

The final dance of act one was special and very different from the rest of the dances. Orchesis performed a traditional Hungarian dance called “The Gathering,” which was choreographed by Jon Lehrer. Act one felt like five minutes even though it was an hour long. I was captivated by the gorgeous costumes, intricate dances, and messages behind every dance. For once, I couldn’t wait for the intermission to be over.

Act two started with quick, sharp poses by Orchesis to the song “Vogue.” Silhouette lighting emphasized the fast and frozen poses, adding to the power of the piece. Pieces performed during act two were very heartfelt. Sophomore Isabella Saldana performed her solo piece to “Work Song” that was sung by her brother, senior Anthony Saldana. Both siblings were involved with the arts and wanted to put on a piece that emphasized their bond.

The seniors of the company put on a piece with other dancers called “Already Gone,” which symbolized how the seniors are moving on to college and how other dancers needed to step up and take control of the company. This piece ended with dancers on stage sobbing, and everyone in the audience could feel the love and family atmosphere of Orchesis.

The Piecemakers and the Puzzle League performed for the audience. The Puzzle League are two time World of Dance champions, and both groups are a part of Matt Pumanes’s dance company. The groups together left me with my mouth wide-open. The dance was intricate, fast-paced, and interesting. Act two ended with one final Orchesis performance, with all of the members of the company. I couldn’t help but notice the family vibe of the company and was genuinely upset when they ended. But, the members of Orchesis finished off the show with a meme, holding up the okay sign with their fingers.

My only thought walking out of the auditorium was “wow.” “Severe” presented messages about the reality we live in, family, and love. Various videos of the members of Orchesis were played in between certain dances, explaining the message behind them. If you didn’t go see the Orchesis show this past weekend, you honestly missed out. But, no worries- Orchesis will be performing this Friday, Mar. 16 at the spring pep assembly.