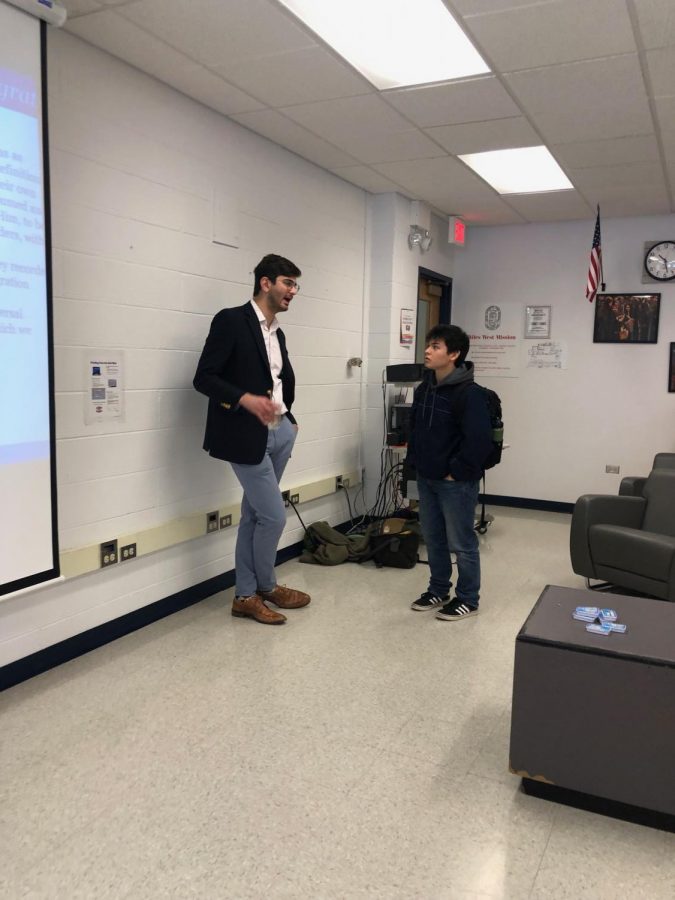 Guest speaker Benjamin Marcus of the Newseum in Washington D.C. gave an informative presentation about religious freedoms to West students on Thursday, November 29. Seminar for Scholars, a student-run organization, extended the invitation to Marcus. Each year, the organization chooses a question to explore. This year’s question is “How can the Federal Government curtail First Amendment rights when they are guaranteed by the Constitution?”

“The religious landscape of the United States is changing,” Marcus said. “It’s becoming an increasingly religiously diverse country, and for the first time in history, the population is no longer more than 50 percent Protestant Christians.”

The sponsor of the Seminar for Scholars and English teacher Tamara Jaffe-Notier helped invite Marcus to West.

“I think that our students benefit from knowing about one another’s religious experiences,” Jaffe-Notier said. “Since Niles West is quite diverse, it was a good lesson for attendees. Marcus’ presentation was well suited for the Seminar for Scholars’ guiding question, as he discussed the importance of the First Amendment rights–specifically the Freedom of Religion.”

“I grew up in the Chicago land area, and my mom is Catholic and my dad is Jewish, so from a young age I was really interested in religion,” Marcus said. After attending Wheeling High School, Marcus moved on to study religion, which is something he didn’t learn much about during high school. After studying religion at Harvard Divinity School, the University of Cambridge, and Brown University, Marcus became the Religious Literacy Specialist at the Religious Freedom Center.

Attending the seminar with her AP Literature class, senior Stephana Ocneanu wasn’t sure what to expect from the presentation.

“I don’t know a ton about religious literacy because we usually don’t talk about religion when it comes to literature,” Ocneanu said. “I thought it would be interesting to learn about another side of literature.”

Marcus gave an extensive background on the religious history of the United States, including many statistics and studies. He engaged the audience of students and staff by handing out tins of mints saying “First Amend-Mints” to the people who answered questions or gave input.

The lack of conversation about religion can potentially push people apart, but Marcus’ goal of inclusively educating a community about religion was able to bring some together.