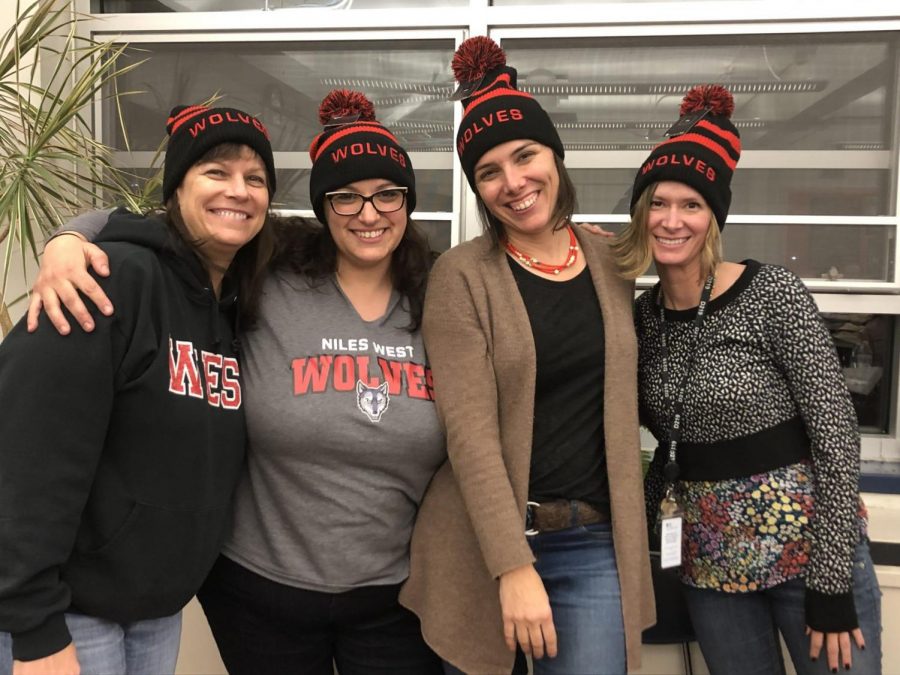 The winners of trivia night, the AUP Violators, posing for a picture.

Dance Marathon (DM) hosted a trivia night in the literary center to raise money for their charity this year, Curt’s Cafe, on Friday, Dec. 7.

Curt’s Cafe is a place in Evanston whose mission is to help at-risk young adults, some of whom have experienced homelessness or encounters with the judicial system. Their hope is to help them to re-enter society as productive members.

“We chose Curt’s Cafe because it’s local and the charity even helps students that go to school in our district,” said senior Trivia Night emcee Taral Talati.

Both students and staff participated in the trivia night for some friendly competition. The top two teams were teams consisting of teachers, but third place was awarded to a team of sophomores in holiday sweaters.

“Dundee Mifflin A” team member Sydney Schroeder shared why she decided to participate.

“I participated because it was a fun thing to do on a Friday night that I and my friends wanted to do. It was fun to win third place and to answer questions and see the answers to questions that no one knew,” Schroeder said. Members of Scholastic Bowl authored the questions.

This trivia night was the most successful in DM history.

“I think we had a really good turnout. There were about ten to twelve teams that had five people. We charged five dollars for each person, so I think it was very successful overall. Everything in trivia night was pure profit, we got Chipotle to donate the burritos and the tickets all went to the charity,” junior Penelope Alegria said.

“We think part of the reason that this trivia night was so successful compared to pasts ones is because it was holiday themed,” Talati said.