Recap: What Trump’s Halfway Point in Office Means for West 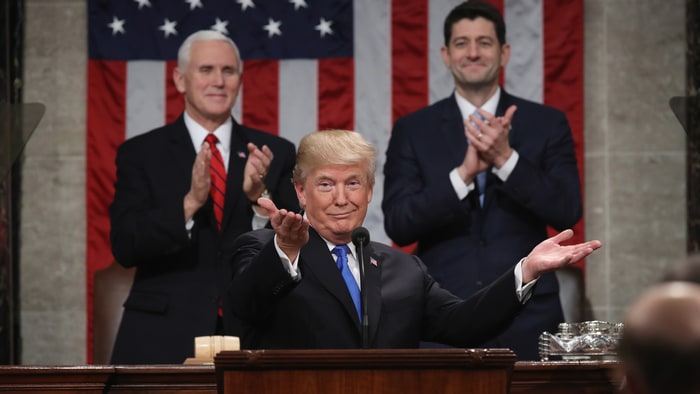 At about halfway through the Trump administration, there’s plenty from the past two years to unpack. Even now, we’re embroiled in the longest government shutdown saga in history, besieged by new accusations of inappropriate Russian involvement, and nearing the close of the Muller investigation.

Analyzing the trends so far, the economy does appear to be in good shape, boasting its lowest unemployment rate in 50 years. The economy added 312,000 jobs in December, smashing growth projections as wages rose 3.2 percent since December 2017.

Some students at West are approving of the administration so far, and optimistic for what’s to come.

“Although I disagree with a lot of his beliefs and hateful rhetoric, I will give him some credit for what he has achieved so far including tax cuts, economic growth, and keeping unemployment at an all-time low. As great as that is, I would like to see more cooperation between him and the now Democrat-lead legislature,” senior Zubair Muhammad said.

“I think he’s doing a great job, in all honesty. He’s one of the few presidents to have actually tried and succeeded in what they said they were going to do on the campaign trail. While I may not agree with everything, I can respect that he’s done or genuinely tried to do what he said he would,” junior Frank Podgorny said. “With the recent government shutdown, he was attempting to secure funding for the wall. He said he would be more strict on illegal immigrants, and he has been.”

The administration has also pushed through nominees to the highest court, with both Brett Kavanaugh and Neil Gorsuch both earning their black robes. Overall, the nominees reinvigorated his base while alienating some women, as Kavanaugh’s sexual assault allegation hearing began unconventionally.

However, PolitiFact maintains that Trump’s dropped the ball on nearly half of his campaign promises, with a 45% promise failure rate. Most prominently, hasn’t repealed or replaced the Affordable Care Act, built the wall along the U.S.–Mexico border, or passed infrastructure reform. He’s also broken promises to bring back waterboarding, cancel funding of sanctuary cities, release his tax returns, balance the federal budget, declare China a currency manipulator, and implement a ban on Muslims entering the U.S.

Meanwhile, some at West are not so approving.

“So far, Trump’s presidency has been a disaster. He’s used divisive rhetoric to make it so that nothing can get done in any branch of government, and his social policies seem to be very discriminatory on the basis of race, gender, and sexuality,” senior Dylan Chikko said.

“Trump has been an extremely divisive President, to say the least,” junior Brian Pryzby said. “In my own opinion, every day he finds a new way to prove his incompetence to hold the office of the most important man on the planet. He wasn’t even able to truly get much done even with a total majority in Congress. With a split Congress, it will be interesting to see if any attacks are made towards his fitness as president.”