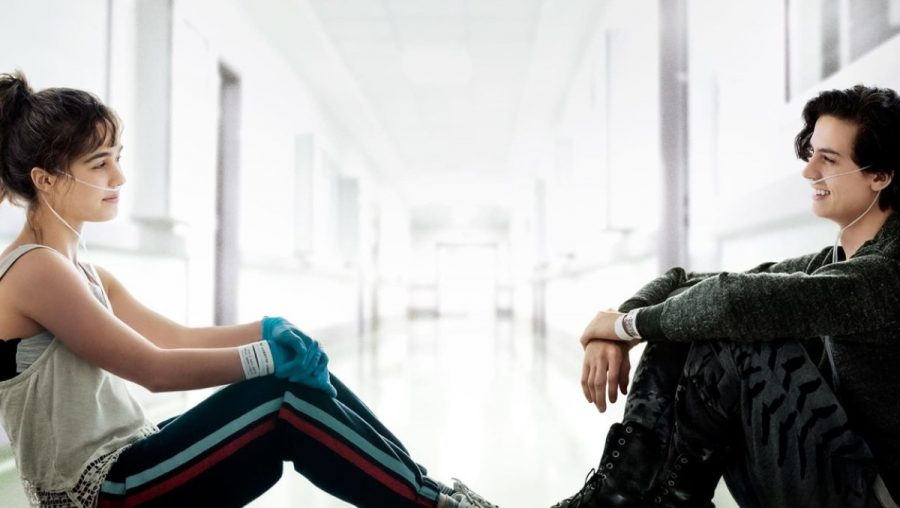 “Five Feet Apart” directed by Justin Baldoni, who is also known for portraying Rafael on “Jane the Virgin,” tells the story of two teenagers battling cystic fibrosis, also commonly called CF, which according to the CF Foundation “is a progressive, genetic disease that causes persistent lung infections and limits the ability to breathe over time.”

The film tells the story of Stella, portrayed by Haley Lu Richardson, and Will, played by Cole Sprouse. Stella takes her CF health regiment very seriously, tracking and scheduling every aspect of the regimen, while on the other hand, Will doesn’t. Will’s habits start to annoy Stella, so she offers to help him. This leads to them getting close, but not physically. People who have CF aren’t supposed to get within six feet of each other, because they are at a higher risk of catching an illness and having cross-infection which can be fatal for them.

Stella and Will decide to take something back from CF since it has taken so much from them and decide to take back a foot. So instead of six feet apart, they stand five feet apart. The movie focuses on the challenges of living with CF and the additional challenges that come with having to stay several feet apart at all times.

I must admit, walking into the movie theatre, I was expecting a teen chick flick full of corny lines that glamorized an illness, basically a spoof of “The Fault In Our Stars” and although I wasn’t wrong, I also was pleasantly surprised. The jokes were genuinely funny, something atypical for a rom-com which usually relies on the same jokes repeatedly. Although some were obvious, they still had a fresh originality. What wasn’t so original was the corny lines during romantic and dramatic scenes, with my favorite being (spoiler alert ahead, so skip ahead!): “I can’t walk away from you if your eyes aren’t closed”. I mean come on, nobody says that in real life. But then again, a lot of things that happens in rom-coms don’t happen in real life, and maybe that’s what pulls us toward them.

The most unrealistic part of the film was the ending. I won’t spoil it, but the ending seems like something from a fan fiction on Wattpad. The movie was somewhat realistic, and the pacing was decent, but the last twenty minutes of the movie went at lightning speed with telenovela-type drama. Although I wasn’t the biggest fan of the movie, I must admit that it did raise awareness about cystic fibrosis which is always a good thing. Overall, the movie is the type of movie where you can go, turn your brain off, get into the drama, and get a good cry.