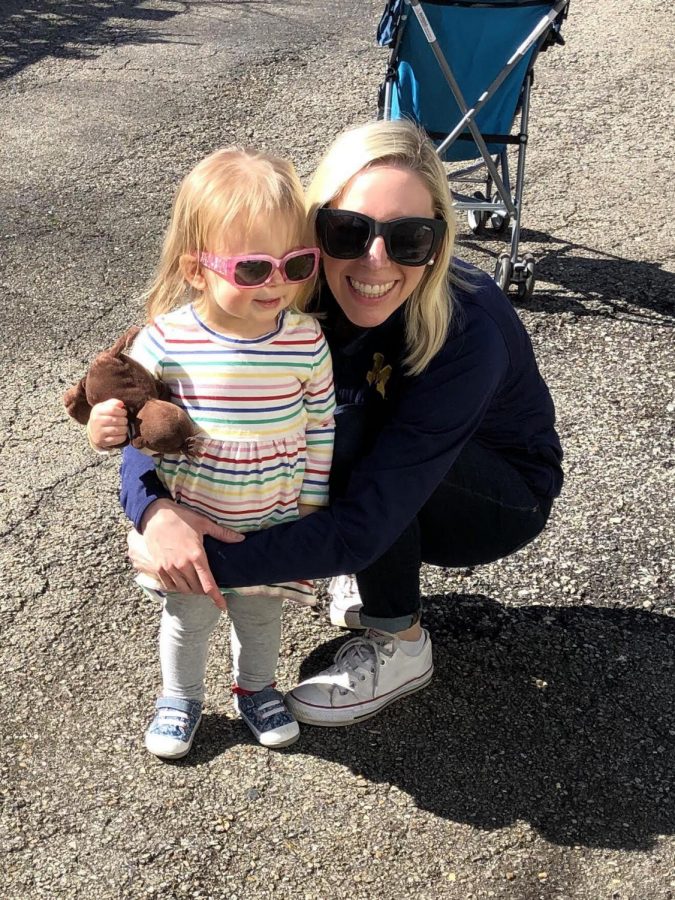 If you’re one of the many students who has taken German, chances are you know German teacher Caroline Adducci. Adducci has many years of experience from being both a student and teacher in Germany.

Adducci began her German-speaking career when she was just in sixth grade. Her school in Kentucky, where she grew up, offered the language at a very early time in her educational life. From then on, her German interest exploded.

“My school had offered [German] in middle school. I chose German because my sister had taken it, and I wanted to be like her,” Adducci said. “Then later, when I was in high school, I really began to love the class. It came easily to me, and my teacher made it fun, so he recommended that I apply for a scholarship program, called the Congress Bundestag Program. I spent an entire year in Germany during my junior year as an exchange student in a German school.”

After spending her entire junior year in Germany, Adducci realized that German was something she wanted to make a career out of. She majored in German out of the University of Michigan and went right back to Germany.

“After college, I knew I wanted to go back again [to Germany], as I had majored in German,” Adducci said. “After I graduated, I applied for a Fullbright scholarship, where I was a teaching assistant in a German school. So this time I got to be a teacher in a German school, rather than a student.”

Returning from Germany, Adducci found herself moving to the Chicago area in search of a school where she could teach German. She stumbled upon Niles West and little did she know about how big the German program is.

“I never could’ve known that I’d end up at a school with this big of a German program, but I’m very grateful that I did,” Adducci said. “It has been an amazing experience working with all the rest of the very dynamic German teachers.”

Adducci has done an amazing job in improving and teaching the  German program over the years that she’s been here. Senior Nina Gillespie comments on the job that she’s done to help her and the others she has taken German with.

“Frau Adducci is definitely the type of teacher that makes learning fun. German class is always filled with vocab games and German holiday/cultural celebrations, and those things that she helps install in her teaching results in all of us actually learning more rather than just us sitting and listening,” Gillespie said. “She takes interactive teaching to a whole new level and the fluency of her students really shows how awesome and successful she is as a teacher.”

Adducci has tons of support from the rest of the school and faculty, including Josef Neumayer, a fellow German teacher and one of the many people who took part in hiring her. Neumayer is very proud of Adducci’s work in improving the German program here at West.

“[Adducci] has really good German and a great sense of humor,” Neumayer said. “She has really taken the AP program for German by the horns. She has done a ton of work and training to modernize the AP program and to make the content more accessible for the students, which is really just wonderful. She has a great relationship with her student all around. She is also very flexible as a teacher, which a big bonus because she can roll with what’s going on.”

If you happen to take German and are lucky enough to have Frau Adducci, then you’ll truly know just how great she is and how fun working in her classroom can be.