Jake Pranian: ‘Since That Week’ He Became A Musical Sensation 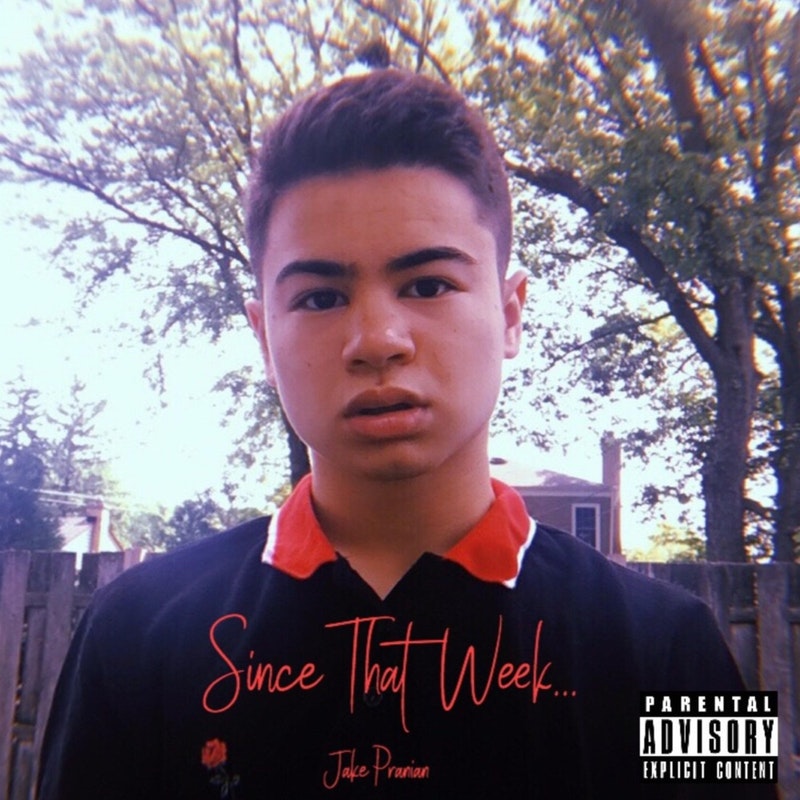 Whether he’s strumming on the guitar in his bedroom, harmonizing on stage with his fellow members of Echo Effect or acting in the blackbox theater for the latest school play, freshman Jake Pranian can always be seen with a smile on his face. After successfully releasing his EP, ‘Since That Week’ as an independent artist on Spotify and Apple Music on Jan. 30th, it’s easy to see why the 15-year-old singer/songwriter would be smiling from ear to ear.

Although having grown up in a musically-orientated family, his mom being a piano major and his sister being a thespian and choir singer, Pranian hadn’t begun experimenting with songwriting until his 8th-grade year. Sitting in his bedroom with only his guitar, a pen and paper, he found a way to tap into his emotions and let them all out through his songs, some a hit and some a miss. Luckily, a new chapter of Pranian’s had started, his first year of high school, and it undoubtedly sent in a whole new wave of emotions — emotions that were perfect for storytelling on an EP.

Such raw emotion is illustrated in all 5 songs of the EP (and even the intro, really), as Pranian presents narratives about friendship, love, and loss. For example, the first song of the EP, ‘Hectic’ sends out the message about learning to love oneself while dealing with the departure of a special someone from their life. Despite the deep personal meaning for Pranian, the song only took two hours to write — while others can take up to two weeks.

“Songwriting takes time. It’s really quality over quantity. You have to work with some things here and there and make some revisions, but it all comes down to being patient,” said Pranian.

Evidently, patience is key when creating an EP all by yourself in your room. As an independent artist (not signed to a record-label) Pranian experimented with a variety of different ways to record and produce his music. With just a pair of earbuds, his guitar and GarageBand, he carefully crafted each song down to the smallest of details. From harmonizing with himself to featuring other artists, i.e. Aaron Isaiah and Benji The Machine in ‘Hard Love,’ Pranian treated each song as a different story.

While Pranian describes ‘Since That Week’ as an acoustic-rock album, his sound is unique and almost in its own genre. The overlapping of his own voice on top of manipulating his guitar to sound like varied instruments is intriguing and captivating to listen to. Still, the young artist hopes to draw in different audiences by producing a variety of different-sounding music.

“Jake is willing to experiment and find new ways to express the words in his heart. There is something both familiar and new about what he brings to the table as an artist and that’s refreshing to hear and see,” said Echo Effect and voice coach Carl Alexander.

As only a freshman, Pranian is already on the road to success as a well-established artist. Starting out on Soundcloud to progressing to Spotify, Apple Music, Amazon music, etc., he can only go up from here. There’s no stopping Jake Pranian, the kid’s on a roll. He even challenges listeners to, “Catch Me If You Can,” with his new song released on April 12th. The future is bright for Pranian, so go stream his music on Spotify or Apple Music because before you know it, he’ll be strumming that guitar on a tour in front of millions.