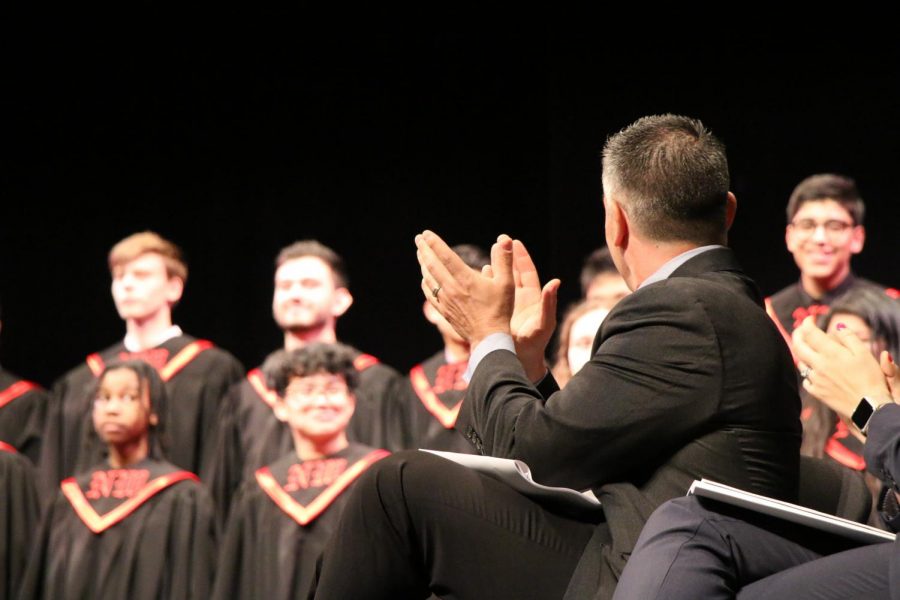 Last night, the annual accolades ceremony took place in the Niles West auditorium at 7 p.m. This was a night mainly dedicated to recognizing seniors for not only academic achievements but athletic and extracurricular ones as well.

Fine and applied arts instructor Andy Sinclair hosted the entire event from beginning to end. Seniors and president(s) of the student board Isa Gil, and Eliana Bender announced award winners at the beginning of the ceremony.

Senior Nina Gillespie showed up to the occasion to receive her very first award. This was a great accomplishment and experience for Gillespie.

“I won the cum laude GPA award as well as recognition for the Lincolnwood SD74 John Cahill scholarship,” Panoutsos said. “It felt really good to be recognized by the school for the work I have put into my academics throughout my four years at Niles West. I thought it was a rewarding experience and also cool to see all the accomplishments made by my peers who I have known since freshman year or some of them even earlier. This was my first year winning an award but it was inspiring to see all the underclassmen who were present and winning all kinds of awards as well.”

“Accolades was a night I’ll never forget. I sat with Katerina Paulos and Sam Plusker, my first friends at Fairview when I moved to Skokie. Being seated with people who made my youth all that better filled me with a feeling of sad happiness. I was nostalgic and hopeful at the same time while looking at all the achievements that people I consider my family made. Seeing all these bright minded, crazy, and amazing people getting the recognition they deserve made me realize that all I want to do is bring out the best in people, just like accolades did,” Shamoon said.

After all of the awards were given, the choir performed a closing song for the audience. It was more than a perfect way to end the night.