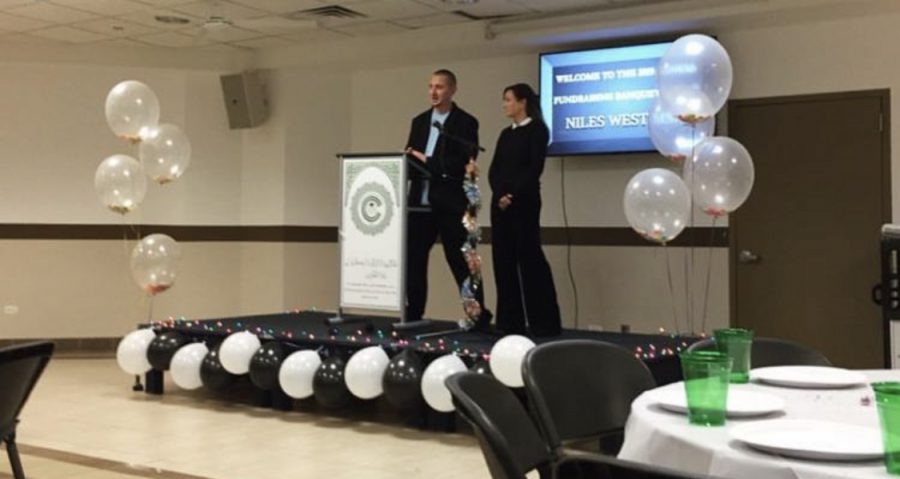 Students of every race, religion, and ethnicity with an interest in learning about Islam and its community can find a place in Muslim Student Association, commonly known as MSA, sponsored by history teacher Daniel Kosiba and math teacher Kathie Kajmowicz.

Many students believe that they are not allowed to join MSA unless they are Muslim. However, MSA welcomes all students regardless of their religion. Although MSA only has Muslim students right now, the club is always excited to welcome new faces.

“MSA does many things from having guest speakers talk about Islam or game days, discussions about Islam,” co-president Fatima Usman said. “Although MSA is a Muslim club, it is open to every student to matter their religion.”

MSA has three big annual events: the back-to-school picnic, Friendsgiving, and an end-of-the-year banquet at the Muslim Community Center mosque in Morton Grove.

Junior Shahbaz Ahmed believes that MSA is a fun environment that allowed him to meet people of his religion and talk to them.

“I’ve made many new friends and learned more about religion than I knew before,” Ahmed stated.

Ahmed joined MSA to meet people of his religion and make new friends in what he felt to be a good environment. “My favorite part is having the opportunity to pray the mandatory Friday prayer while I’m in school,” Ahmed said.

As co-president, Usman’s favorite part of the club is the diversity of people who attend meetings.

“I might not have classes with any of them, but I know that every Friday, we will be meeting and talking, which I enjoy,” Usman said.

Usman believes that MSA is a safe environment where she can belong and relate to other students. “I love MSA, and it’s my honor to be president,” Usman stated.

Kosiba said MSA would continue to provide Muslim students with a safe place to freely practice their religion.

“Our club’s leaders will also continue plan activities and organize initiatives that provide our members with opportunities to build positive relationships with each other, support our local Muslim community, and help people in need regardless of their religious affiliation, and promote social justice through events like interfaith discussions that help build empathy and religious tolerance,” Kosiba said.