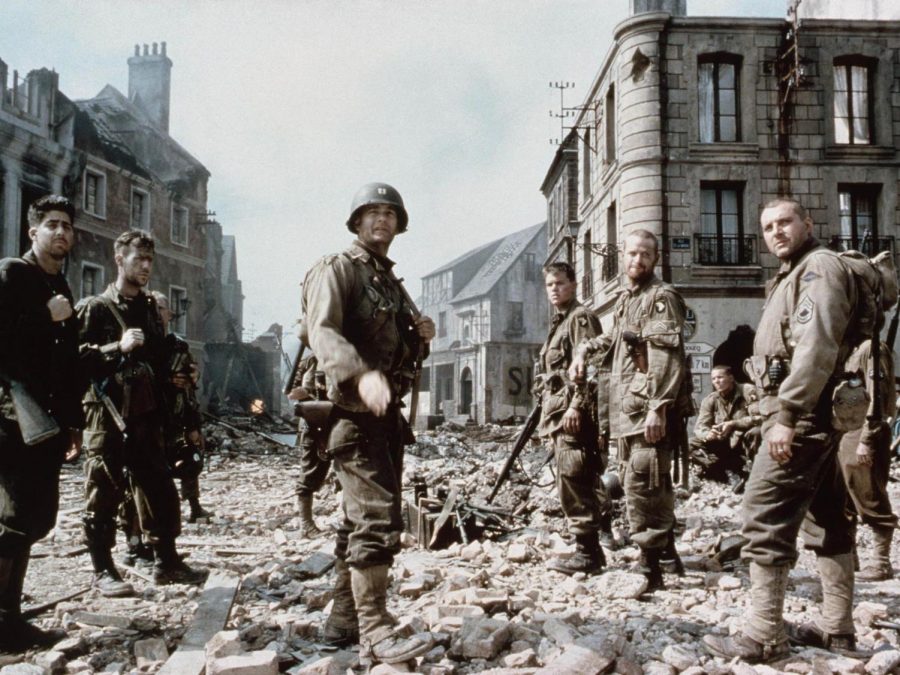 A scene from the moving "Saving Private Ryan."

As you might have already known, yesterday was Veterans Day, a day spent thanking the current veterans of the U.S. Army and one of my favorite ways to celebrate this national holiday, is, of course, to sit back on the couch and watch some of the best war movies. There are hundreds of war movies that anyone can watch and although there are countless great movies that can be watched over and over again, there are also some movies based in wartime that are just flat out awful. Nonetheless, if you are looking to rewatch one of the greatest war movies made, or add one to your list, here are five of the greatest war movies I have ever seen.

Some war movies are focused 100% on the aspect of the actual war but “The Lone Survivor” does one of the best jobs of connecting with you to the main characters and making it seem like you personally know these guys and it makes it that much better as you watch the movie. The movie was made based on the book of former Navy SEAL, Markus Luttrel, played by Mark Wahlberg, and his squad as they go out on a mission in Afghanistan looking for a Taliban leader. It starts off slow with typical military actions but within the first hour, things turn for the worst and for a majority of the movie, you’re left on the edge of your seat holding on to your breath as every scene is unpredictable and emotional. I would highly recommend this movie and book for that matter to absolutely anyone who has interests in watching a war movie as it takes you through the brutally realistic events that are happening to our troops overseas in the middle east.

One of the lesser-known movies on this list, but most definitely one of my favorites, “Fury” is a historical fiction movie based in the final months of World War II and follows a group of soldiers in a tank squad. War daddy played by Brad Pitt puts on a phenomenal performance that just likes “The Lone Survivor”, gets you very emotionally attached to the characters as their tank makes its way into Germany. The movie gets pretty slow at some point and just like any other Hollywood show, incorporates some love in the story but the ending to this movie is the sole reason why it makes it onto my list. The ending is unpredictable and is something that no one could expect making the last 45 minutes of the movie the best. I would recommend this war movie to someone who wants to watch one that is a bit different than the traditional ones and I can guarantee that you won’t regret it in the end.

One of the most well known Navy SEAL’s in the world, Chris Kyle is the current leader in the U.S. armed forces for most confirmed kills on active duty and not only does the movie show what it was like for him in combat, but also what it was like to return home. Sadly, Kyle was murdered back in 2013 which sparked the popularity of both his book and the movie which would come out a year after his passing. What makes “American Sniper” different from other war movies is the fact that it shows a lot of detail of what happens to soldiers when they come home from war struggling from mental illnesses like PTSD. The story of Chris Kyle is not only something that everyone should watch but also something everyone should read as the movie leaves out a lot of detail that was written in the book. Naturally, the ending of “American Sniper” is heartbreaking, but nonetheless, a movie that anyone can enjoy and learn a thing or two about enjoying life in the process.

Although it isn’t a movie, “Band of Brothers” is a series that can be found on HBO with ten one hour parts following Easy Company, a company apart of the 101st Airborn Division during World War II. The ten-part series follows the companies stories to almost every detail and can be easily binged by any war movie fanatic. From the beach landings of Normandy to the Battle of the Bulge, “Band of Brothers” never has a dull moment and will always keep you on your toes and looking out for what might happen next. I would recommend this show to anyone who might be bored during a long weekend or for anyone, in general, looking for a short series to watch. Although it is 10 hours long in total, each episode could have a review of its own and even if you decide to watch one episode only, I wouldn’t be surprised if you ended up finishing the series without even realizing it.

Arguably the greatest and most realistic World War II movie to hit the theaters, not only is “Saving Private Ryan” one of the greatest war movies to ever be made but is also one of the greatest movies to ever be released. I would be surprised to hear if anyone has never heard of this movie before, as Captain John Miller played by Tom Hanks shows us the most realistic and brutal representations of what happened in the final stages of the second world war. This is no doubt a movie that might be hard to watch for someone who has a hard time watching on-screen deaths, as many WWII veterans couldn’t make it through watching the first few scenes due to the fact of how accurately portrayed they are. I won’t mention a thing about the plot of this movie because if you have already seen it, I’m sure that you can already agree with me that this is the best war movie there is to watch and for those who haven’t seen it yet, close your screen and make watching this movie your number one priority until you have finished it from beginning to end, and then you’ll see exactly what I’m talking about.