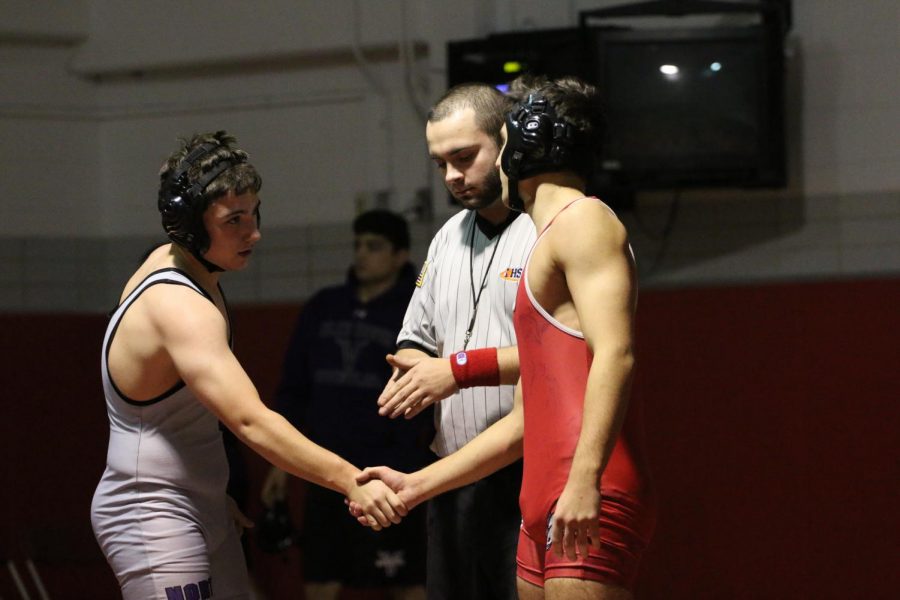 The Niles West wrestling team kicked into gear to start off their season this week and they already can’t wait to get out onto the mats and dual it out for their team on the road to making it to state.

The team had a rather successful season last year and they are looking to do nothing but improve on both their strengths and weaknesses to all achieve their common goal of making it to state, which is something that they can definitely see in their future for the season.

“I’m looking forward to improving as a team and improving my own skillset when it comes to wrestling and something my team and I are looking to improve on is our own techniques when it comes to being in matches, were always trying to one-up our opponents,” junior Mary Bayram said.

Each season holds its own special memories and the team can’t wait to make even more on their way to greatness this upcoming season.

“I’m really looking forward to watching all of my teammates improve since last year and really just to be out there wrestling again hopefully winning most of my matches,” senior Ethan Yanez said.

Each wrestler has their own set of goals and even though some of them might correlate with their team goals, they know exactly what they need to do in order to improve their game on the mats.

“One of my personal goals this year is to make varsity and I know it’s going to be tough but I think if I work hard enough I should be able to make it and as a team I think we all share the common goal of wanting to make it to state and from there winning and being the best sports team at Niles West,” Yanez said.

Wrestling is a unique sport on its own, developing unique athletes along with it who can’t be compared to anything else, and that is something that each and every one of them takes pride in when they are out there battling not only for themselves but their team as well.

“This season I am looking forward to dual meets most because of the unique energy I feel both before and during matches, as it is something that nothing can be compared to. The darkroom lit up by only one light focusing all the attention on me is not only something that makes me nervous and anxious, but the feeling it gives me is something that I crave,” senior Ismail Patel said.

There are many improvements ready to be made and the team knows exactly what they need to do in order to improve from last year and get back on the right track to success.

“Last year we took some tough losses against teams that we had the ability to beat but the lack of seriousness and competitiveness cost us in the end. This year I am certain that those who have continued the sport have become more series and are all focused on that one goal,” Patel said.

The wrestling team has gotten off to a hot start on the mats, and their first double dual meet will be later this month against Glenbrook South, Fenton, and Hoffman Estates so be sure to wish the wrestlers good luck before then.