Everything Wrong With The Hype House 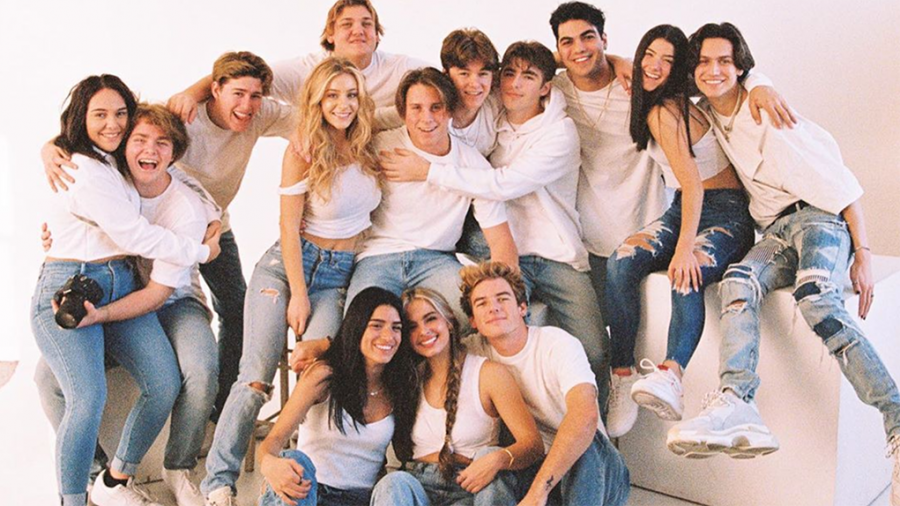 If you’re one of the 500 million people using Tik Tok, which you probably are because let’s be honest, everyone’s using Tik Tok, you’ve heard of the Hype House.

But, in case you haven’t, here’s a little background information on who and what the Hype House is:

The Hype House is a house located in Los Angeles. More specifically, it’s a mansion, rented out by 19 teenagers that are Tik Tok famous. A few of the members live in the Hype House full time, and the rest can come and go as they please. The reasoning behind the house is that it allows the influencers to have a productive workspace where they are surrounded by other influencers with the same intentions to get their work done.

Their “work” is making Tik Toks. A minimum of 100 per day actually, according to the creator of the house Thomas Petrou.

So, without further ado, here is everything that is wrong with the Hype House. Or at least everything I could fit into this article without making the word count too high.

The talent. Say what you want about the Hype House, but them dancing in front of a camera for hours a day while they should really be in school is not a talent, nor is it a job (which I’ll get to later). Don’t get me wrong, they’re good dancers, I’ll admit, I could never dance like they do. I’m extremely uncoordinated and lack any ability to dance at all. Even the freshman PE dance unit was a struggle for me. However, I truly believe that given the time, money, and resources that the Hype House stars are given, most people with a dance history could learn how to swing their arms in just the right motion to nail the “Renegade” dance and get millions of views. Their dancing skills do not make them unique; high school dancers all over the country could sit down and learn the 30 second Tik Tok dances too, so why do these 16-year-olds get to be rewarded so obnoxiously for it?
The money- This brings me to my next point, their salaries. One of the more prominent stars, Charli D’Amelio, has a net worth of $350,000, which is no surprise since she can earn up to $3,427 per Tik Tok post. For reference, today alone, she’s posted nine Tik Toks. She is fifteen years old! It’s absolutely insane that she is making so much money from dancing in front of a camera.
The Bad Publicity- There’s nothing wrong with fame (even if the way you obtain it is really stupid), but there is a bad stigma when it becomes inappropriate. If you’re an avid Tik Tok user, or even a casual user, you know a lot of the Tik Tok trends/dances are sexually suggestive. A lot of the Hype House are only teenagers- juniors and seniors in high school. Charli’s only fifteen, and she’d be a sophomore in high school, so it’s really sad to see that her fame stemmed from “inappropriate” dances on Tik Tok. One of her fellow Hype House members, Addison Rae, had a Tik Tok trend dedicated to people dueting a video of her sticking her butt out and making it look like random objects are coming out of her butt. Following the publicity trend, it’s obvious that a lot of the stuff they do is for attention. This is only a conspiracy theory of mine, but the whole internet can’t get enough of D’Amelio and Lil Huddy, supposed best friends who make it seem like they’re dating. Like, really make it seem like they’re dating. They constantly post on social media about how much they miss and love each other when they’re away from each other, and they tend to get super handsy in their videos together. Yet, they continue to deny a relationship. It’s almost as if they’re teasing the public to gather more attention, specifically, attention on their Tik Toks together, which earn them thousands of dollars per post.
The Really Bad Publicity- I’ll keep this one nice and short, but I think a lot of people are oblivious to the scandals of the house. Lil Huddy was seen on video using a racial slur and was accused of leaking several girls’ nudes via Snapchat (although this one wasn’t confirmed-it could just be a rumor). Despite the not-so-convincing apology video, the racial slur scandal doesn’t exactly make the all-white Hype House look too inclusive, which is an important quality for such prominent influencers to have. After all, they have so much impact; a lot of people are emulating their behaviors and looking up to them.
It’s unoriginal- The whole point of the Hype House may not be just for the hype (contrary to the name), but a whole lot of it certainly is. Them being able to live together, create social media accounts for the whole house, having group photoshoots, and doing interviews together, are most definitely tactics used to help them gain publicity. But the fact is, they’re not really unique. It’s been done before, and even worse, past houses of influencers haven’t really been the most liked by the public. In 2016, Jake Paul’s “Team 10” house was a laughing stock. The Hype House really isn’t all that different.

So, the next time you sit down and scroll through Tik Toks for hours instead of doing your homework and come across a Hype House video, try to push aside your awe for their $3,000 dance moves and think about some of the reasons they maybe shouldn’t be so famous.