Angel Rivas: From Theater to Film 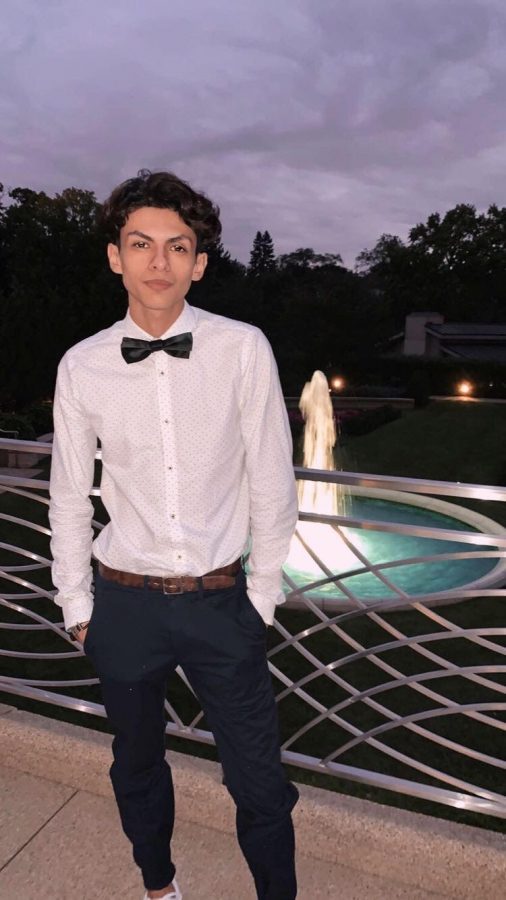 The red velvet stage curtains open. Bright blinding lights fill the stage, the sound of props being placed in every corner. This is senior Angel Rivas’s favorite atmosphere to be in – the theater world. It’s a place where as soon as he walks into the door, he’s able to leave his personal problems outside and walk in as a new person with no worries about anything. Rivas describes it as a comfortable place to be himself and express his emotions.

Rivas has been doing theater since he was in fifth grade. He took classes inside and outside of school. As soon as he entered freshman year, he asked his counselor for a theater class. It was taught by his favorite teacher, who drives him to be the best version of himself possible, Mr. Sinclair.

“He taught me that there’s no right or wrong way to do something, it’s whatever the director’s vision is, and every director has their own style,” Rivas said.

Rivas was able to discover that he felt more interested in the film side of theater, or even writing plays. It was able to enlighten his future. This discovery also impacted where he wants to go to college. Rivas knows himself enough to know what he wants to do for a possible career.

Even though he’s not taking theater this year for the first time, he has a similar substitute that he finds more appealing to him.

“This year, I’m doing a college prep class, Images of Literature, where you analyze movies in it, which is similar to my theater, but it’s more interesting,” Rivas said.

He found that he likes writing plays throughout his high school theater career.

“I hopefully want to have theater part of my career by minoring in film production and majoring in business. My plan is to start off at Oakton Community College and then transfer to DePaul University,” Rivas said.

Later into high school, Rivas realized that acting was too time consuming and didn’t fit into his busy schedule. He spends as much time with his friends as possible, especially since it’s his senior year, and they won’t see each other a lot after high school.

“We try to do something different every weekend, so we aren’t always bored, for example, we bought forty-eight dollars worth of spray paint and started to paint on canvases, or we play cards, and we also explore Chicago by going to new restaurants, stores, bakeries,” Rivas said.

In addition to spending time with his friends on the weekend, he designates a lot of time during the week with his older and younger siblings, even though they have different hobbies. He tries to stay away from giving his little sister advice that he wished and wanted himself to do when he was younger because he wants her to live her life and not his. Instead, he gives his sister advice that will benefit her and explains how it can set her up for success.

“I met him last year in theater class, and I like talking to him and hearing his story because we’ve both lived very different lives, so it’s interesting to hear stories about Angel’s life that are nothing like what I’ve experienced,” senior Madelaine Foler said.

Rivas is described as a caring and supportive person that is open to meet anyone.

“He is a very supportive friend and just a great person to talk to,” senior Katherine Kriz said.

Angel Rivas is talented in theater and is a good friend that cares for everyone, no matter what. If you ever see Rivas walking down the hall, don’t be afraid to say hello.