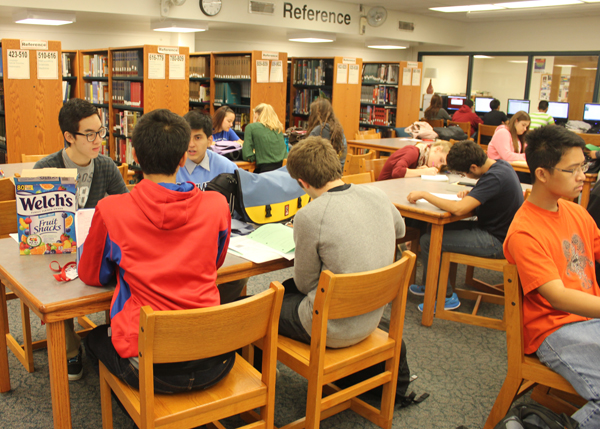 By Mateo Acosta, Editor in Chief

Citing a possible bed bug presence, the Library closed after 6th period and remained closed for the rest of the school day. Classes scheduled to meet in the library were relocated, and students wishing to enter during study halls were not permitted to enter. Custodial staff was present in the library.

“One student claimed to see what looked like a bed bug, so out of precaution, the library was closed,” head librarian Sherry Jo Baehr said. According to Baehr, bed bug-sniffing dogs will be brought in before school begins tomorrow.

Assistant Principal of Operations Steve Parnther declined to confirm whether bed bugs were the reason for the library’s closure, but he indicated that there would be an investigation. He said the library could “possibly open by tomorrow [Feb. 12].”

The sudden closure caught some students off-guard, especially those with early release. The students and athletes with clubs or sports after school were left without a place to stay for 9th period.

“I have clubs after school but I don’t have a ride home, so I have to find a place to spend 9th period,” junior Eric Fitzgerald said. His class, which was originally scheduled to meet in the library during 7th period, was among those relocated.