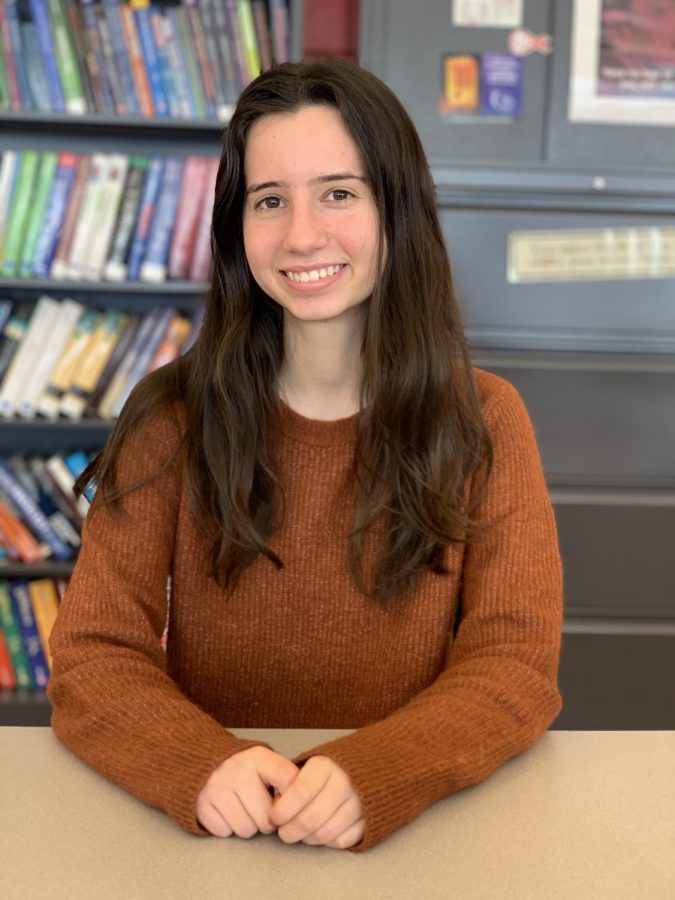 Most people find their passions and hobbies from a young age, building practice and confidence to be a star when they enter high school. For senior Maya Patterson, however, things were different. Patterson found her love for theatre after she was introduced to it at West.

Patterson took theatre workshop in her first semester of freshman year for her public speaking credit. Theatre kids who surrounded her told her to join the program right away, ans second semester, she jumped on board.

“A Streetcar Named Desire” was Patterson’s first show, where she was a crew member working behind the scenes. However, she was beyond dedicated– she showed up every day and put her full effort into her work, which allowed her to be officially added on to the show.

In her first years, Patterson stuck with the rest of the crew members, working in different areas such as scenic and sound. After deciding she wanted to gain more leadership opportunities and expand her scope of work, she became a painting lead, house manager, technical director, and has now become the stage manager for the upcoming show, “Wendy and Peter Pan.”

As the stage manager, Patterson is in charge of the production from the start of technical rehearsals until the end of the show. Stage managers have the responsibility of calling the technical cues and actors to their places.

Theatre teacher Samuel Rosenfeld is excited to see Patterson’s success as a stage manager with the upcoming production.

“Maya is a true leader in our department. She is wonderfully organized and thinks clearly in high-pressure situations,” Rosenfeld said.

The aspect of theatre which intrigued Patterson the most was the individuality and independence, along with the teamwork that came with it.

“There weren’t adults telling us what to do, even though they were in charge. They were working with us through it,” Patterson said.

Theatre has also given Patterson the opportunity to meet many new friends, such as senior Hailey Shah.

“Maya is an amazing person,” Shah stated. “She is extremely passionate about theater and cares so much for our department. Her stage managing skills are great, and she works so hard.”

Patterson has always stuck to the work behind the scenes throughout her four years doing theatre.

“I don’t like being on stage. I know it’s not my thing. I don’t like to be the center of attention. I just like to help create something as a team,” Patterson said.

“I like the creativity that theatre gives people. No matter what crew you’re in, if you’re on stage or backstage making props, theatre allows you to harness that creativity or find something new with it.”

Although theatre is her high school passion, Patterson does not plan to continue with it after graduation. Instead, she plans to study political science in college.

“Maybe if my school needed behind the scenes help during production, I would do it. But it’s just a school thing for me.”