Trisha Cirineo: Ballin’ to the Top 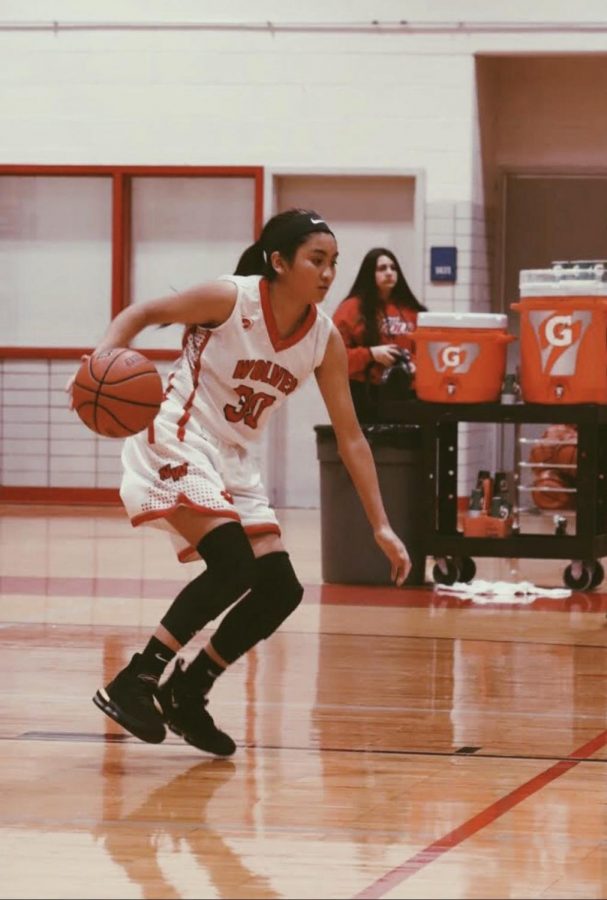 Dribbling the ball down the court, freshman Trisha Cirineo passes the ball through the hands of the defenders, trying to give her teammates an opportunity to score. This freshman is the ultimate teammate on Niles West girls’ varsity basketball.

Starting basketball at 11 years old, Cirineo knew it was going to be a significant part of her life. Cirineo’s hard work and dedication never fail to show up on the court. The endlessly long practices and the countless minutes of playing time have helped her learn to never give up and persevere through tough times on and off the court. As only a freshman, Cirineo is a starter on varsity and has played a great amount of minutes in crucial games this season.

“When I first joined varsity, I was very nervous. I was separated from my age group which was different for me, but being on this team has helped me learn to be more mature on and off the court. My teammates and coaches have had my back this entire season and I’m thankful for that,” Cirineo said.

Luckily for Cirineo, she doesn’t have to go through this process alone. Her sister, Angelica Cirineo, has played on varsity since her sophomore year and has been a great mentor and leader for her younger sister.

“Playing with Trish is fun because not many siblings have the opportunity to play with each other. I think it’s great that I’m able to play with her because not only is she my sister, she’s an amazing teammate as well,” Cirineo said.

Having a strong resource like Cirineo being pulled up to varsity has helped out many players on the court, especially fellow guard Albiona Ahmeti.

“She plays a huge role on our team. She’s a consistent shooter who helps break down the offense and is always aggressive. She’s a good asset to the team and I’m glad she got to play on varsity this year,” Ahmeti said.

Nothing but positive vibes radiate from Cirineo during practice. Her sweet and bubbly personality helps motivate others to work hard and also helps to improve other teammates’ attitudes during practice.

“Her personality is great and helps put a smile on anyone face during a rough practice. Her hard work and dedication definitely appear on the court during game time. I’m proud that she has been able to stand her ground against very good players in our conference,” teammate and junior Sami Lipsit said.

Although the season ended last night on a rough 32-60 loss to Maine West, Cirineo will keep up her hard work during the offseason by participating in AAU. EYBL is the Elite Youth Basketball League sponsored by Nike that showcases the top high school basketball players in the country. This upcoming spring season, she will be playing with the Midwest Elite EYBL team, a top-ranked EYBL team in the state and country.

Don’t miss the opportunity to watch both of the Cirineo sisters compete in the IHSA sectional 3-point contest next Thursday, February 27, at Maine West high school, and in her next three years as a varsity basketball player for Niles West.