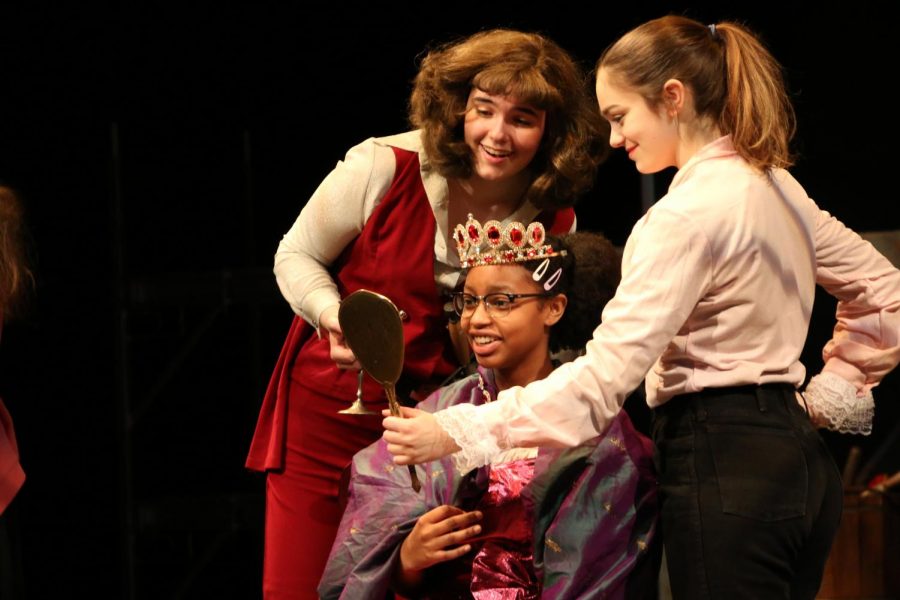 On Feb. 19 through the 22nd, the Niles West Theatre performed their new show, “Wendy and Peter Pan.” Taking place in the black box theater, the cast performed a total of five shows: a community performance during school on Thursday and two shows in the evening of both Friday and Saturday.

With the cast only having an astonishing 18 members, they had the same empowerment as if it were a cast of 50. This cast was also apart of a new feature that was added to the black box theater. Because Peter Pan is known to fly around, the crew heads wanted to make sure that the show was as close to the book and movies as possible. They did exactly that by having a few of the cast members fly in the theater.

Beginning rehearsals on Dec. 16, the cast had just little over a month to pull together an amazing play.

“My favorite part about this whole experience was when we incorporated the “flying” into the theater. The black box is a very small area, so I was very intrigued about how we were going to make this work. And it was so much fun making the magic of the show,” sophomore Jake Pranian said.

Pranian played the role of Peter Pan, and his partner in crime, Wendy, was played by sophomore Nina Cajuste. Throughout the story, Wendy is on a mission to find her late brother Tom Darling, who was played by freshman Ellie Evens. At home, Wendy, along with her two brothers John and Michael Darling, have faced great sadness after their brother Tom died of a sickness. Having two parents that fight constantly, the three siblings just want to reconnect with their brother as they feel it is the missing piece to having a happy family.

Cajuste, who was the main role of the play, has been acting ever since the fourth grade. Being an important character in the show, Cajuste gave out a beautiful performance as she really connected emotionally with the audience.

“I have been acting since the 4th grade and really hope to continue doing it for as long as I can. When I first found out I got the role of Wendy, it was just pure excitement. But after a while, I also began to worry I wasn’t going to meet people’s expectations. The excitement and motivation that came with it never left though,” Cajuste said.

As for senior Claire Adler, who watched the performance on Saturday night, she believes that this was one of the most unique plays that have been showcased at the black box theater.

“I usually go and watch the plays they put on in the black box theater, but this performance was much different than the most I have watched. I say this because the cast members were actually flying. They had I think four cast members strapped on at a time. They then proceeded to swing around in the black box theater. I think this was so cool and for sure got the audience more excited than they already were,” Adler said.

All in all, the Niles West Theatre put on another fantastic production. Congratulations to both the crew heads and cast that not only made this show possible but also made it extraordinary.