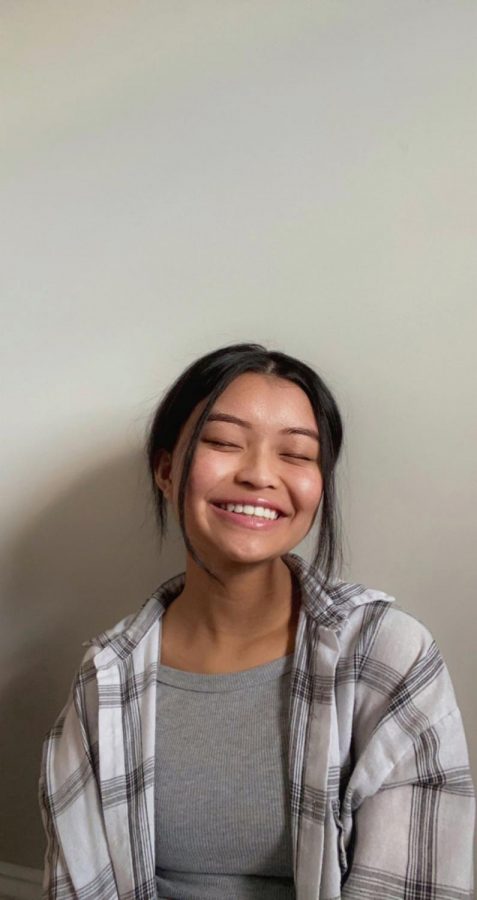 With millions upon millions of likes stacking up, one TikTok artist found her voice on the platform. This October, Katelyn “Lyn” Lapid released her original song, “Producer Man” on streaming services like Spotify and YouTube. She initially released parts of her song in short segments on TikTok, and was then contacted by even more small producing labels than before. She agreed to produce her song with Republic Records, and has had hundreds of thousands of views since.

“Producer Man” was inspired by real events that happened to Lapid. The singer was approached by a producer or talent scout who intended to give advice on her singing career. “He advised me to start putting out music that I may not necessarily like, but what the public would like so I could get ‘famous’ first. He said that once I got big enough, then I could start doing whatever I want with my music. I disagreed with his advice and a few other things he told me, and I stopped talking to him immediately,” Lapid said.

“I wrote “Producer Man” as a sort of a stab at the real producer man to show that I didn’t need to sacrifice authenticity and originality in my music to get big in the music industry,” Lapid said. “Of course I did not anticipate the explosive reaction it got, but I initially wrote it as a reminder to myself that if I couldn’t be my own artist and enter the music industry the way I wanted, then I did not want to go into the music industry at all.”

When writing the lyrics, Lapid wrote the first two stanzas within two days, but then had a case of writer’s block. She decided to take a step back from writing, along with a social media break, and after a month she was able to sit down and finish the rest of the song. “The entire process was honestly very stressful because I was overwhelmed with how fast my social media was growing at the time. I only wanted to finish the song as quickly as possible, but it was frustrating when I felt like I couldn’t post what I wanted when a few of my followers only wanted to see Producer Man content,” Lapid said.

“Lyn Lapid is a very melodic singer that I truly enjoy listening to. She is able to accomplish a melodic balance when she sings with her angelic voice. ‘Producer Man’ was the very first song I heard her sing, and I could not stop rewatching her video after hearing it,” junior Abigail Cimpean said.

“I could listen to her song for hours on end and not get sick of it. It just goes to show that she truly has something special going for her, and that her voice has such a unique and almost comforting effect to it,” junior Leighla Sedghi said.

Lapid joined TikTok in August of 2019, and began uploading her videos in October of that same year. “It was just like singing on YouTube or Instagram. I liked TikTok the most because of the editing features at the time, being able to apply a reverb effect on my voice and having a text box option to write out the lyrics,” Lapid said. Her account began to grow in February and March of this year. “I uploaded my “When She Loved Me” and “Remember Me” covers around that time and a lot of people used my sound for their videos which boosted my views a lot.”

Lapid currently has over 50.8 million likes and 3 million followers, and her content mostly consists of covers of songs. Lapid, who is a self-taught singer, has been singing since she was about 5 or 6 years old.

According to Lapid herself, fans can expect more original songs to be coming in the next year.