Battle Between IHSA and Pritzker with Basketball 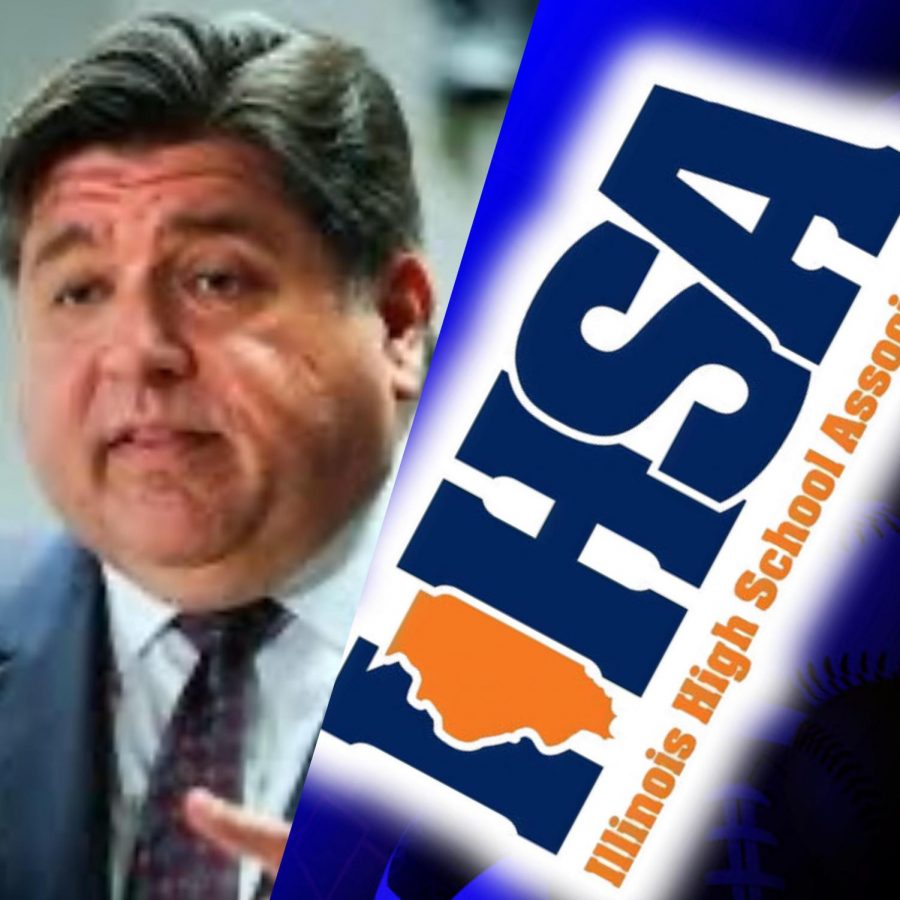 With rising Covid cases and the winter sports season approaching, determining which sports will get a season in the winter is difficult. The winter sports season got pushed back to Nov. 16 for all winter sports but now, girls and boys basketball have been labeled as high-risk, after previously being medium-risk. The Illinois Department of Public Health labeled basketball as high risk on Tuesday, Oct. 27, which led to Governor, J.B. Pritzker, placing the winter basketball season on hold. That decision did not leave a lot of student-athletes very happy.

“I believe this is being blown out of proportion, and we should be able to start our season on time. My AAU team has been playing inside and outside since June 1st, and there have been no corona outbreaks with a club that has over 500 kids. If our season is moved to the spring we will have to fight for gym space with volleyball, and will shorten practices and cancel games. We need to start our season now and not wait,” varsity girls basketball player, MurphyMaeve Holleran said.

Before Pritzker announced his decision, the IHSA held a meeting a few days prior to discuss the foregoing of the winter basketball season. Blindsighted by the decision Pritzker made, the IHSA defied his ruling and on Oct. 28th, and announced that they will continue basketball season on November 16th.

In response to that decision, on Oct. 29, in a press conference, Pritzker said that all high-risk sports are being pushed back to the spring, which would include basketball.

According to Michael O’Brien, a Chicago Sun Times High School Sports Editor, “The disagreement between the IHSA and the governor/IDPH means the final decision will come down to individual school districts,” O’brien said in his most recent article published on Nov. 2.

Chicago Public schools (CPS) made the decision to follow Pritzker and not start until the spring. However, the “spring” is an area of unknown. Not knowing if Pritzker means when the season of spring actually starts (March 20) or when the IHSA is starting spring sports (Feb. 15).

Entering yet another unprecedented time, athletes are caught in a sticky situation when having to choose which sports they want to play this year. With volleyball, basketball and football all overlapping in the spring season, two or even three sport athletes are only able to choose one of those three options, which must be extremely difficult.

Now with these 3 sports overlapping, and much more, it’ll be a major challenge to figure out how to share gym space between multiple sports each at four different levels.

“As much as I’m excited to play in the spring, how much are we really getting to play? We only have two gyms to work with, and about six courts to fit all of girls volleyball and all of basketball. This just won’t work, and it’s very aggravating considering everything else that has already been taken from us,” varsity girls volleyball player, Gianna Pehar, said.

Most athletes haven’t played with their varsity team since their season ended or during the summer workouts, if your sport offered it. With that being said, it could put a strain on the teams chemistry because they haven’t had the opportunity to practice with each other for numerous months.

“I feel like this upcoming season is going to hold a lot of challenges due to the certain circumstances that have happened and not allowing us to practice as a full team yet. I still believe in our team but we need t get ready even with this extended time before the season,” varsity boys basketball player, Lucas Vidrean, said.

With this whole situation is changing day-by-day it will be interesting to see what schools decide to start on Nov. 16, and what schools listen to Pritzker and hold off until the spring.