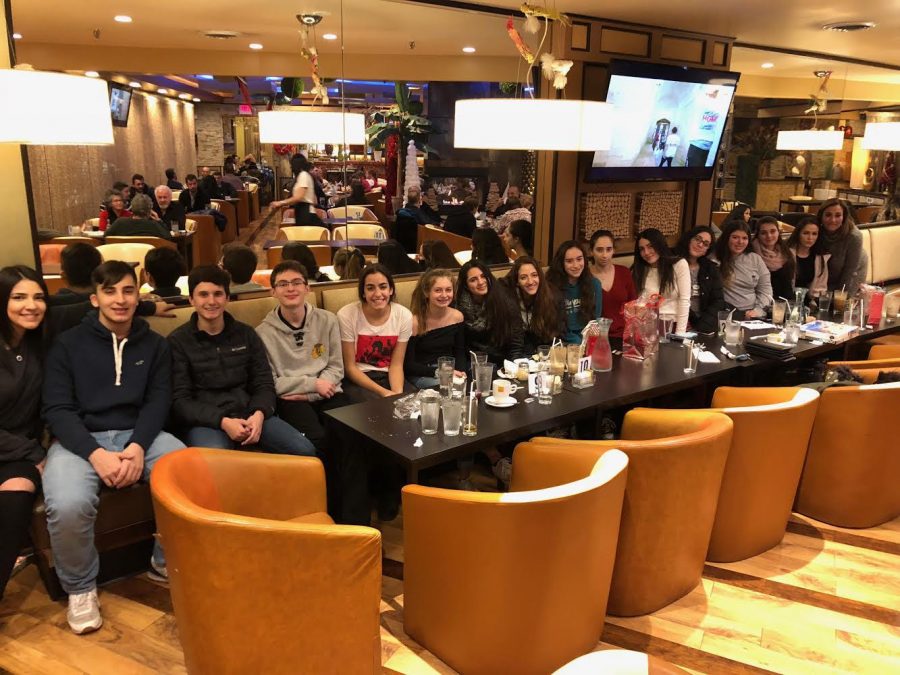 Hellenic Club, also known as the Greek Club, was established in order to bring students together and embrace Greek culture in the Niles West Community.

Some of the activities that Hellenic Club has done in the past years are fundraisers and participation in International Week, which includes a feast and performing traditional dances one evening in front of parents and then the whole school the following day. Through fundraising, the Hellenic Club donates a monetary amount to Dance Marathon and Relay for Life. “We have also taken field trips to various Hellenic exhibits in the past, and at the end of every school year, we have a party at a Greek Restaurant celebrating our Greek Culture,” Hellenic Club sponsor Christina Kastrinakis said.

This is definitely not Hellenic Club’s first rodeo. The club has been at Niles West for at least 20 years and has been very successful, and this year it has twenty members.

Some of Hellenic Club’s goals this year are to keep members of the club involved and engaged even though they are virtual. Right now, just like many other clubs, they have been communicating with everyone remotely on Zoom meetings. “The best thing about Hellenic Club this year is the great increase of students eager to join and continue to show up to the meetings even though we are on Zoom. I am very excited to meet everyone in-person and be able to do all the fun outings we have planned for when it is safe to do so,” junior Peter Frake said.

Hellenic Club has given many of the members a great way to stay connected with their Greek community since they haven’t been able to see each other at school right now. The new members include a number of freshmen, and being involved in an active club gives them a slight sense of normalcy during these odd times.

Students are eager to keep this club well-known and meet new people that share the same culture.  “I joined Hellenic Club because my brothers were in it and I felt like I was born into joining it too. I am looking forward to getting closer with everyone in the club and making sure the club still stays alive after I graduate. My favorite part of being in this club is being able to see and connect with Greek people in my school. It seems like there are no Greeks around me until I go to Hellenic club,” senior Vasi Garbis said.

Hellenic Club normally meets every other Monday from 2:30-3:00 pm and has board meetings when necessary. So if you’re interested in joining Hellenic Club and want to make some new friends, make sure to ask for the join code and start becoming more informed about Greek Culture!