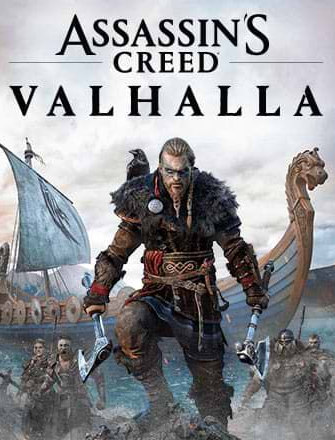 Released to all gaming platforms on Nov. 1o. was the iconic new game, Assassin’s Creed Vallhalla. The game came out on this date for PlayStation 4, Xbox One, and Xbox Series X/S. On Nov. 12, it came out for the new PlayStation 5.

At the start of the COVID-19 pandemic, Valhalla’s development fell due to the restrictions placed to prevent the spread of the virus. To continue developing the game, Ubisoft employees were able to work at home with the help of their information technology department.

When it comes to creating an Assassin Creed game, historical events and the factor of what country it will be set in are both focal points that developers take time to implement into the game. They also take into account traditions, mythology, etc. With Valhalla taking place during the Viking Expansion of Europe, it includes Norse mythology, Vikings’ traditional attire, and even the famous King of Norway, Harald, and the sons of the legendary Viking warrior, Ragnar Lothbrok.

After 6 days of the game being released, ratings have been released from infamous groups like IGN, Metacritic, and PC Gamer. To start off with IGN, they have given Valhalla an eight out of ten. IGN has stated that with Valhalla having a more dark, sad, and deep tone towards the story, it attracts the player into a world full of gore and twists with a hint of mystery.

Metacritic gave Valhalla an 80 percentage out of 100. A review from the source stated how the game presented a deep map, which can be shown when Valhalla is set in the Kingdom of England with some areas of Norway included. Cities like London, Winchester, and York can be explored in the game. Another comment made explains that the game brings an engaging plot. The plot starts with a Viking named Eivor witnessing his/her (sex of the player can be chosen at the beginning of the game) parents being murdered at a young age. As Eivor turns into an adult, the main goal is to avenge their deaths with the help of his/her older brother, Sigurd. Throughout the game, they eventually settle in Britain during the Viking’s expansion with their own clan.

PC Gamer has given Valhalla 92 percentage out of 100. They described the game as being quite consistent; it also has its own path to blood and glory. In Valhalla, the game is an open-world, meaning as a player, you can not only complete domain quests but even side quests, raid, and loot camps with two decisions: go in loud or stealth mode.

It goes without saying that Assassin’s Creed Valhalla, although having almost the same gameplay as the last Assassin’s Creed game, Odyssey, brings a new environment to the audience. The environment can include barbaric battles, one of many factors the Vikings were known for. Another part of the new environment is exploring the open world. Though in the previous games, the players could explore, Valhalla makes it more difficult for the player to settle in places as he/she will encounter dangers throughout the road. With Assassin’s Creed known for being set in countless times of old nations, many now wonder what the next best historical setting will be.