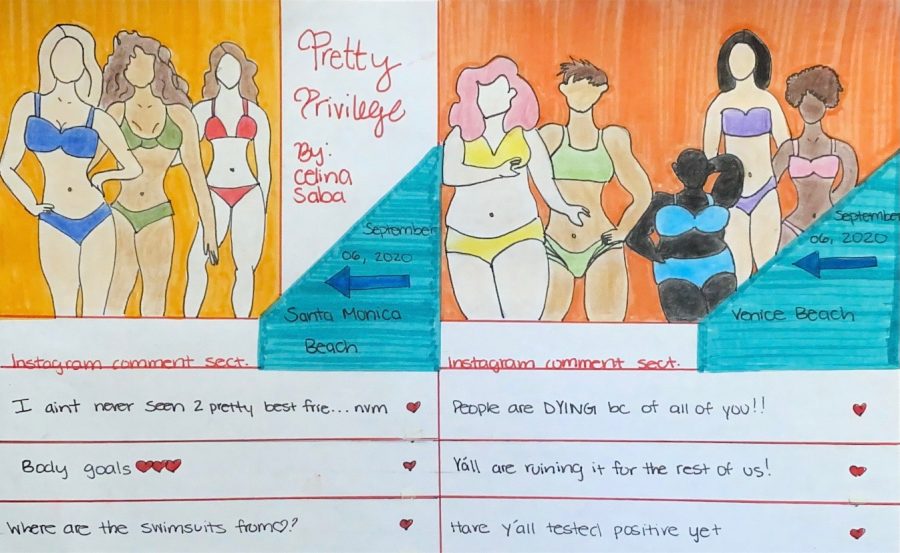 Number Seven…ladies (and boys!), I know you know who I’m talking about.

A couple week ago yet another teenagers life was changed completely through the latest social media obsession, Tik Tok. The new celebrity, Caden Woodall, otherwise known as “Number Seven”, went from being a regular Michigan highschooler with a passion for football, to a social media celebrity in a matter of days, when a video of him and his teammates lip syncing and dancing to Justin Bieber and Sean Kingstons hit song “Eenie Meenie” went viral on Tik Tok. Woodall’s Tik Tok account, which had a little less than 100 followers before the video was posted, now has 1.7 million followers and 8.6 million likes.

For reference, that’s more followers on Tik Tok than the Washington Post, UNICEF, Red Cross, Newsnation, and the ACLU have combined.

So what makes Woodall’s account more popular than news accounts and nation-wide charities during a global crisis? Let’s check out some of the comments on one (of the two) of his Tik Tok videos.

“please date my mother”, “my king”, “this guy has to be the coolest dude ever right?!?!?”, “please, please don’t let my girl find this post”, “MARRY ME OMG OMG”, “i’m simping and so is the whole world”,”leave some girls for the rest of us”, and my personal favorites, “this dude is gonna save 2020”, “carrying our entire state of Michigan on his shoulders”.

Considering the fact that Woodall is inside a house and locker room with what looks like at least 20 other people, and not a single mask in sight during a worldwide pandemic, I’m going to have to argue that Mr. Woodall is not going to save 2020. Quite the opposite, actually.

On the other hand, if he really tries hard enough and keeps it up, maybe he could carry the Coronavirus on his shoulders, and those of the friends he includes in his videos (and anyone else they come into contact with).

At the time the video that started Woodall’s rise to fame, the one that was taken in a locker room full of people without masks, this is what a graph showing the number confirmed Coronavirus cases in Michigan looked like.

Woodall’s most recent Tik Tok, posted just last week, features, yep you guessed it, a crowd full of people and not a single mask in sight.

Woodall and his friends are eighteen. They fit in that demographic perfectly.

Michigan currently has 377,279 confirmed Coronavirus cases, with a daily average of almost 7,000 confirmed cases per day, and a total of almost ten thousand deaths.

But this article isn’t about Woodall ignoring CDC recommendations and guidelines during a pandemic, at least not completely.

It’s about the fact that for the last nine months, I’ve seen people commenting on other people’s Tik Tok’s when it comes to a lack of social distancing or masks, and the comments are nowhere near as nice as the one’s on Woodall’s Tik Tok.

I was shocked to see girls from my school commenting on Woodall’s post, hyping him up for his appearance and even offering their hand in marriage.

The same girls who have been posting on their Instagram stories for the past nine months, encouraging social distancing and mask wearing.

For purposes of this article (and certainly not due to my Tik Tok addiction), I spent hours scrolling through Tik Tok, stopping at videos similar to Woodall’s (in terms of social distancing and masks), just without the whole hot teenage football player aesthetic.

Here’s some of the comments I saw.

Yet, I could not find a single comment scrutinizing Woodall and his friends on their videos. Despite the fact that the camerawoman of the video actually came out and said that the high school Woodall attended was not happy with the video, and was requiring it to be taken it down, because it made the school look bad.

The camerawoman refused to back down, and even shot another video of the team at a house.

There have also been several Tik Tok videos posted by classmates of Woodall’s, claiming that he’s overall not a good person, and was often a bully to people he didn’t consider to be in his group, or who didn’t have a similar social status as him.

But Woodall’s hot right, so who cares?

This right here is called pretty privilege, and Woodall is not the first case of it. We see this everyday with A-list celebrities  and models who get away with things that someone not considered “hot” wouldn’t get away with.

For the past nine months members of the Hype House, Sway House, etc., have been traveling back and forth and throwing parties, but they don’t seem to get called out nearly as much as a random high school kid who posts a video of a party on their story.

At one point, there were a bunch of cases of COVID within the Tik Tok community. But they don’t get nearly as much hate as perhaps a random super spreader in Missouri (and don’t get me wrong, both deserve equal amounts of scrutiny. Key word, equal).

Just a couple days ago Tik Tok star Charli D’amelio was seen picking up her boyfriend Lil Huddy, from the airport. After CDC recommendations to not travel or go anywhere near an airport.

Yet, the couple is hot, and they’re back together after a several month long break, so let’s ignore their disregard for the pandemic, and focus on their relationship.

I urge readers to remember this the next time they go to comment on a hunk or a babes social media accounts. Does that hot person you’re about to comment heart eyes for actually deserve the heart eyes, or are you helping to hype up and promote behavior that is completely and utterly inappropriate?

Woodall has a fan base of 1.7 million people. Yet, instead of using the base to perhaps spread awareness, which could be as effortless as having everyone in the videos wear masks, he’s showing his 1.7 million fans that the pandemic is a joke.

Let’s remember to hold EVERYONE accountable, and not just the people who we wouldn’t necessarily be attracted to.