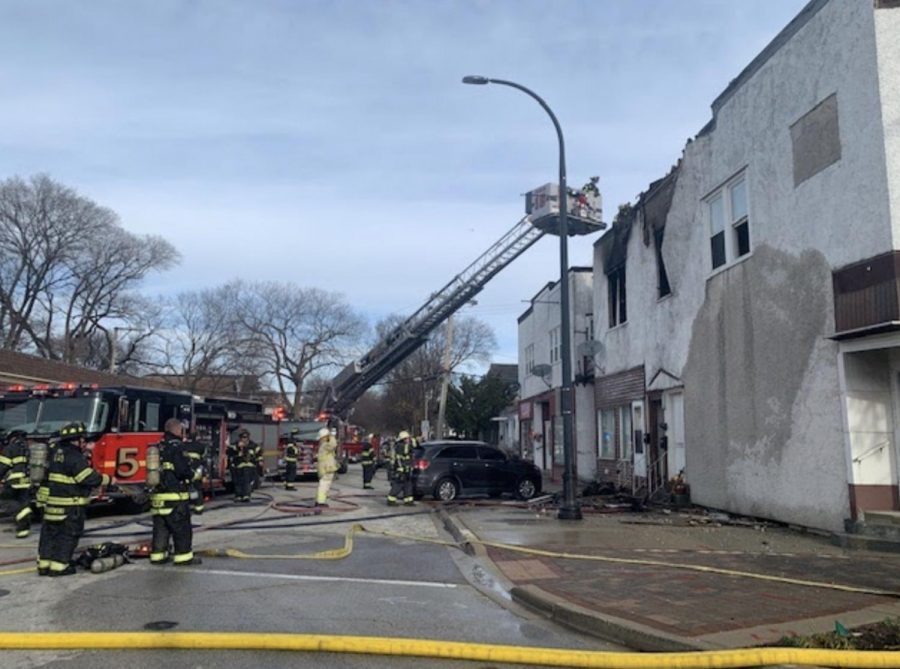 A fire disrupted the peaceful and early morning of Nov. 29, 2020, inside of a two-story commercial and residential building, killing multiple pets and destroying three families’ homes, as well as a dry cleaning business.

“The neighboring building was not affected by the flames.” The fire prevention bureau and building inspectors of the village had gathered after studying the condition of the structure, according to Morton Grove District Chief William Paces.

Paces said the firefighters had arrived to see that the fire was coming from the second-floor bedroom window. The following Monday held an investigation, revealing that there was a slim chance the fire was caused by anything not natural.

The owner, Laureano Jiron, said that he found out by phone.

“It was my first large residential property that I owned, and I had gotten close to the building. I worked hard for it, and it had erupted in flames. I’ve owned it for fifteen years. I first was worried for my tenants, then my building,” Jiron said.

The three families who lost their homes were offered support by The American Red Cross, and many donations were made by the community. Family and friends came together to help them as well.

Kelly Ann, who has been living in a hotel with her children and mother since the fire destroyed their home, was sleeping when it happened.

“I was shocked! I was glad that everyone else was out already. There was so much smoke, I could not crawl under it, I quickly decided I must run through as quick as possible…I grabbed my keys, wallet, and phone. Also grabbed my mask,” Ann said.

She lived in the building for over eight and a half years and is currently a registered nurse.

“I was supposed to be quarantined at the time. I was supposed to be in my room alone, away from my family. However, if there was no pandemic, I might have been getting ready for church, showering, cooking, or something like that on a Sunday morning. I was panicking that I was out, near other people. I was scared my kids would be traumatized and be too cold outside,” Ann said.

Despite the shock and horror immediately afterward, Ann stated that this was a great place to get a fresh start.

“Even if life gets hard, I remember all the hard times I’ve been through in my life and how, with time, I healed and moved on. I learned from someone of a different culture (Ukrainian) at work…that fire can be a ‘cleansing.’ It’s a time to move forward and do better. I plan to keep moving forward and value what’s most important…Compassion comes from our own experiences,” Ann said.

Although this was a harsh tragedy that destroyed families’ homes, it’s also a story reminding us that there is a light at the end of every thunderstorm.