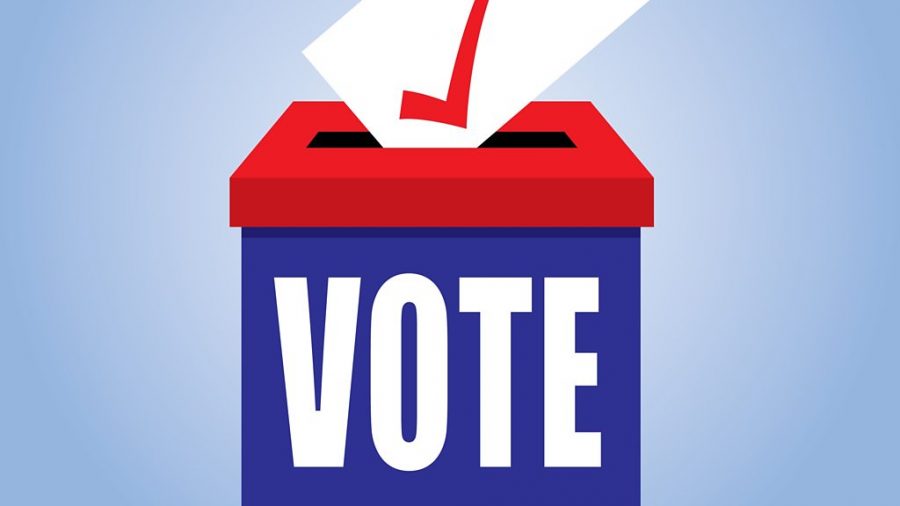 By Celina Saba and Emily Chin

Niles High School District D219 School Board is hosting a consolidated election on Tuesday, April 6. Three of the seven seats will be open for a returning or incoming school board member, which will last for a four-year term. In total, there are seven candidates, three of which are current board members, while the other four are first-time runners.

The current board members running for re-election as running mates are Naema Abraham, Joseph S. Nowik, and Richard Evonitz (Abraham and Evonitz did not respond for comment).

The four new candidates, Kathleen Weiss Boyle, Irena Petryk, Elana Jacobs (no response for comment), and Ross Sawyers, were all motivated by their personal experiences to run in this election. Boyle, Petryk, and Jacobs are running mates in this election.

Boyle, who believes that there are many areas in need of improvement in the schools, was ultimately pushed to run when her youngest child expressed her fears of being in a D219 school.

“Last fall, my youngest child, a D219 student, came to me in tears because the BIPOC, LGBTQ+ students, and their allies in her class were frightened and scared and felt powerless amidst a growing climate of hate that they sensed at school. They felt that nobody in a position to help them or responsible for keeping them safe could do so. She asked what we could do. That moment was the birth of my decision to run,” Boyle said.

One of her primary focuses is the establishment of an influential School Resource Officer (SRO) Task Force.

“I have had one unshakable concern,” Boyle said. “What do you do when faced with a decision that makes some feel more safe and at the same time, makes others feel less safe? If the reason District 219 added SROs was to help keep our schools safe from an outside intruder, then shouldn’t the SROs be patrolling OUTSIDE the building, not policing our students?”

Boyle plans to make efforts to have education accessible to all students on equal terms, her first step as a board member.

“There is a clear line from the overtly racist policies of the past to today’s inequalities in District 219 and elsewhere. While the Equal Educational Opportunities Act of 1971 ‘outlawed’ discrimination, it provided little remedy for the decades of harm that preceded it. While awareness of this history is growing, there has been much talk and little action to curtail present-day discrimination, repair past damage, and protect against future harm,” Boyle said. “Our school board members need to be community leaders, who will actively embrace efforts and take decisive action to reckon the past with a more equitable future. My first steps will be to reach out to fellow board members to collaborate and to learn their perspectives on this important issue, see where there is common ground, see where there is disagreement, and see what is needed to bring everyone together for the benefit of making equity a reality now.”

To answer concerns mentioned at board meetings about racial disparities, Boyle had two words: Equity and Inclusion.

“School routines that separate students from each other, that exclude some students from the opportunity to learn, that communicate reduced expectations for some, or that undermine a sense of belonging must all be rethought and restructured,” Boyle said. “All students can gain from exposure to an academically enriched curriculum. Our students’ ability to be high-achievers should not be limited or restricted. I would push to remove barriers to access advanced learning, provide support to those who need them, and actively pursue equitable representation among teachers, staff, and administration.”

Petryk, a former Niles West student, decided to run for a seat on the school board due to her involvement with a non-profit organization called Expanding Lives. The charity promotes women’s education in West Africa. It has brought four girls, who were the oldest child in their family, from Benin and Niger to attend high school in Chicago. Petryk led the entrepreneurship class, “teaching the girls how to identify resources within their communities, start their own businesses, and manage their finances and operations.” One of the girls Petryk supported was Zara. At the time, Zara was living with her uncle, who believed that the rightful place for women was in the home, cooking, cleaning, and taking care of children. Eventually, she convinced him to attend school, with one catch, paying for her own tuition. With the opportunity granted by Expanding Lives, Zara achieved her goal and was even at the top of her class.

“Hearing about Zara’s experience made me consider exactly how much of an influence education played in one’s life. Going to school has always been a given for me, but it isn’t for millions of children around the globe. That isn’t to say that the American education system, and District 219 in particular, is perfect. There are many things our schools do well; there are some that can be improved. As a school board member, I can be one of the people making concrete strides toward these improvements,” Petryk said.

“In terms of first steps, I’d like to address the difference in class size between general and AP classes. Since general classes are capped at a higher number of students, there is less time for individualized attention and instruction. Several teachers I’ve talked to have raised concerns about this policy. I’d also like to raise the retention rate for BIPOC teachers. Keeping talented instructors within the district — and making sure they feel heard and appreciated — is one of my top priorities,” said Petryk.

Another change Petryk priorities within the school board is increasing communications with the community.

“A few other policies that need improvement involve communication. We should be looking into ways to make our students, support staff, and teachers feel as if they have a voice, soliciting their input during the decision-making process. I’d like to see a review of the public comment policy take place. Though other districts have figured out a way to have people present their public comments through Zoom, our district only reads out emailed public comments,” said Petryk. “Additionally, it would be useful to look into ways that we can respond to public comment — a discussion that has kept being delayed over the last few months of board meetings. Finally, I’d like to see better communication between The board and the community, perhaps in the form of a newsletter like some of our feeder districts.”

Sawyers, a professor at Columbia College Chicago, was motivated to run in this election in hopes of making a difference with his experience as a career educator.

“I understand the value of education, particularly as a college professor I see students coming from all over the country with all kinds of different experiences in high school some students are quite prepared for college some students are frankly not prepared for college. The experience that I have seen students coming from high schools is knowledge I believe could benefit the school board,” Sawyers said.

A primary focus for Sawyers is to bring awareness to the issue of the corporatization of public education through companies like McGraw Hill, Houghton Mifflin, and Pearson.

“I want to bring my experiences and expertise to work on the issue of the corporatization of public education. There are a few companies across the country that control the vast majority of the content that is taught to students. These are companies that make billions in profits off of selling their content to the school systems,” Sawyers said. “That’s not to say that it’s all terrible, but I am concerned about how corporate education has infiltrated the microcosm of district 219. I would love to raise awareness about how these corporations are controlling what students are learning.”

A big topic of conversation throughout the candidates who were interviewed was the inequality within the D219 community.

According to Sawyers, “equity and diversity are critical. While District D219 is diverse, that does not necessarily mean it is as equitable as it should be. I believe it is important to focus our resources on leveling the playing field for students. D219 needs to focus on ways in which it can level the playing field and make sure that all students, regardless of their socioeconomic status and their background, have the same access to the same quality of education.”

Being an educator and parent, Sawyers understands the difficulties of e-learning, and therefore, stresses the importance of getting students back to in-school learning.

“I believe we need to do everything we can to get everyone back to school as soon as possible. Having said that, there is a global pandemic happening, and there are people who are dying because of it, and so I believe we need to err on the side of caution until it is truly safe to return students,” Sawyers said. “I am cautiously optimistic that we will see a much closer version of normal in the fall, but there will be complications along the way. I believe that it is vital that in addition to guaranteeing there are protocols in place to keep students safe and healthy, that there are support systems in place for students during the readjustment period.”

Sawyers is optimistic for the future of the D219 Board of Education.

“I am enjoying hearing the different points of view of the other candidates. During my closing for a forum, I said something that I meant very sincerely. I think no matter what happens, the district is in good hands. I believe there are a lot of really qualified candidates running, and I have enjoyed the process,” Sawyers said.

To ensure that all residents have a voice, please vote on the general election day, Tuesday, April 6, 2021. By visiting the Cook County Clerk’s office website, voters can find their voting location.