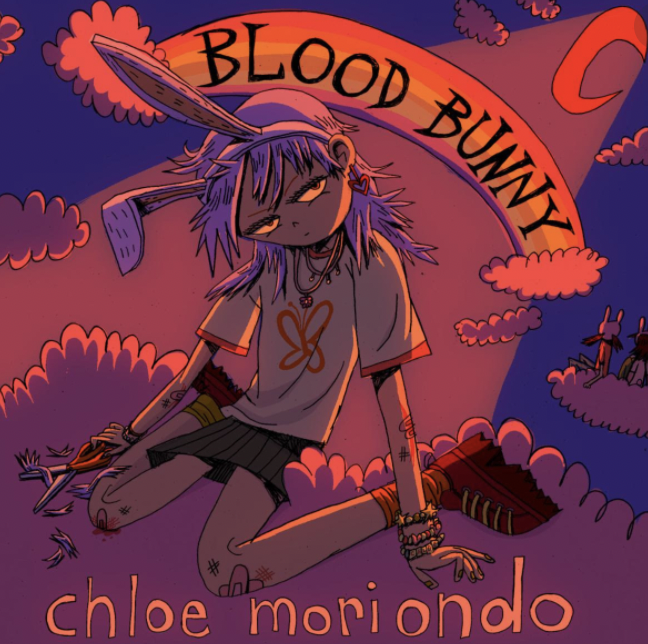 Chloe Moriondo is a very talented young artist, who has released dozens of songs over the past few years. Her newest album, “Blood Bunny,” was released on May 7. Although people may not enjoy their music, simply because it’s not their general taste, many others definitely do. Their styles in both physical appearance and songs are what most teenagers today are in love with!

Usually, most of their songs start off quiet and have the ukulele or a soft hum in the background. Most of their songs sound and feel like they should belong in a coming-of-age movie or the scene from “Coraline” where she’s adventuring in the woods. If not that, warm, calming, and happy sunset beach vibes.

Although the song’s tunes and beats are all quite similar, the lyrics are almost always different when compared to each other. Sometimes, the lyrics are bittersweet and nostalgic, and sometimes it’s somewhat ‘rebellious’, and comprise of one declaring that they don’t care what others think of them.

When listening to Moriondo’s catchy music, you can instantly hint at the idea of their character and notice that they are very passionate about singing and committed to their career as a whole.

Producing music comes in all kinds of difficulty depending on the audience, and getting listeners and supporters is a whole other thing. With more and more artists attempting to make the next big hit, it’s hard to get the attention turned to you. Before finding their latest album, I didn’t even know Moriondo existed. Now, I follow their social media (along with 665K others on Instagram currently). Despite the challenges of not having many chances, Moriondo has been heard, and their fans love their music!

I was surprised to find that I like their music because their style isn’t what I usually listen to. However, their style and catchy tunes quickly drew me in. It’s a nice album to listen to when wanting some quiet but intriguing music. Although the songs were quiet and soft, almost every one of them had a fun, happy tune and vibe. I enjoyed listening to this album, and give it a 7/10.