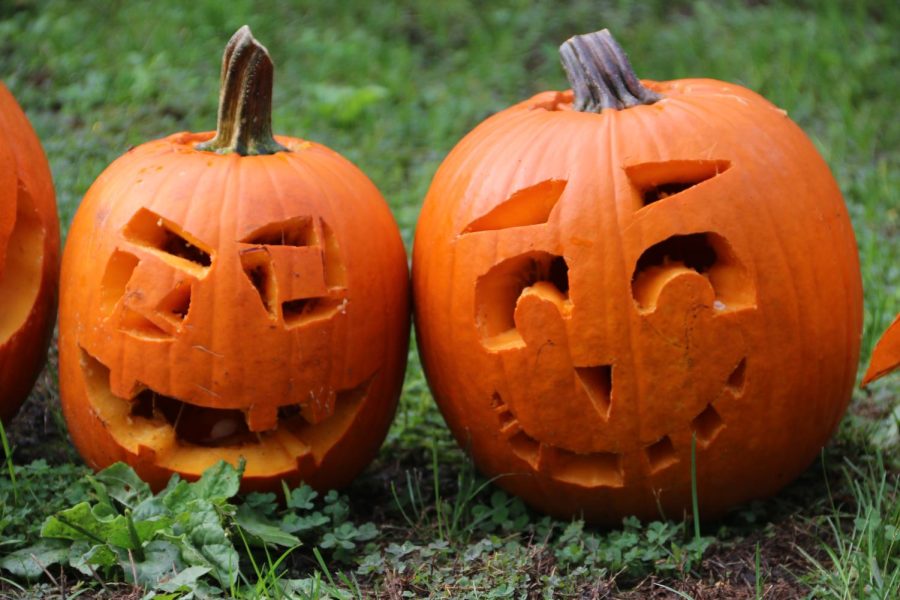 Best friends come in all shapes and sizes.

DECA dove into the Halloween spirit with their DECtober Fest held on Thursday, Oct. 7. DECA is a competitive business club offered to anyone enrolled in a business education course. The club has both competitive and social aspects, and DECtober is their first social event of the year. DECtober celebrated the fall season with a pumpkin carving event.

The event was not only hosted to celebrate fall, but to welcome DECA’s 90 new members.

“DECtober Fest was our first event of the year. DECA’s goal for the year is to bring members back together,” DECA advisor Tricia Brown said.

To encourage this, multiple activities were held including a pumpkin carving contest. Students worked in teams to carve the best pumpkin.

“Teams participated in a pumpkin carving contest; the categories were Most DECA, spookiest, and funniest. Our officers honored new members with some DECA swag. Our junior officers planned games and prizes, including Plinko. We are looking forward to our next event, Battle of the Junior Highs, on October 21st,” Brown said.

Last year, DECA was held virtually, making it difficult to socialize and create strong connections, so for many students, this event was crucial to meeting other members.

“I had a lot of fun at the DECtober Fest celebration and it was really great to see everyone again after having school online for over a year. Especially since the transition from online to in person school was hard for some students. It was a great event for DECA members to bond and create new memories. Carving pumpkins was especially exciting for me as I had never done it before and it allowed me to get to know new DECA members,” senior and DECA officer Macy Tran said.

Senior and DECA officer Saira Khatoon expressed the same ideas, believing that this created new friendships and formed tighter bonds between the members and staff.

“Because this is a building year for DECA, as most of the students have never been in the building before, I was able to meet many new people and build new relationships,” Khatoon said.

Other future events will be hosted to build a sense of community and support for one another.

“Next event, is the Battle of the Junior Highs. This is a charity basketball tournament, and we hope to get many members involved and help build the connections in the club even more,” Khatoon said.

Battle of the Junior Highs will take place this Thursday, Oct. 21 at 6:30 pm in the contest gym. There is an entrance fee of five dollars.