Jack Leons: The QB to Watch 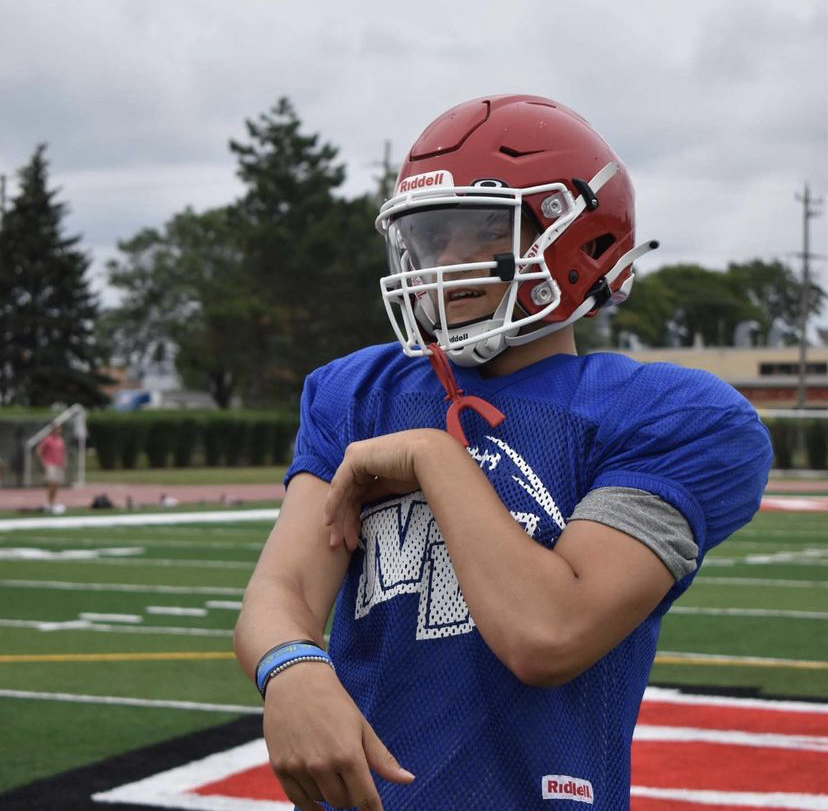 As cliché as it is, one moment has the potential to change everything, and in senior Jack Leons’ case, a single Instagram post is that moment. On Oct. 18, the verified Instagram account The Checkdown shined a spotlight on Leons through an Instagram post calling him the “Best HS QB you’ve never heard of.” As of today, the post has 146,117 likes and 1,042 comments.

“The acknowledgment of the type of player and person that Jack is, is long overdue. Jack has grown tremendously in my time with him over the last five months. He has not only developed as an athlete but also as a leader. Jack possesses abilities at the QB position that any coach would be ecstatic to have,” head varsity football coach Nick Torresso said. “Jack also has a level of perseverance that should be acknowledged as much as his physical talent. He has endured a rollercoaster of changes and inconsistencies in his time here at West. And yet, he has perfect attendance, spends extra time here, assists his teammates, and continues to represent everything we want this program to be about.”

Leons’ passion for football began long before high school. In fact, it started back when Leons was in 5th grade and decided to join a flag football league with his friends. As a result, his peers were not surprised when they saw the post.

“It’s always been clear what he wanted in the future, to be an NFL QB. Throughout these last few years, you can see the dedication and work he has put on and off the field,” senior and varsity football wide receiver Max Nauman said. “He deserves all the recognition he gets. He has grown not only as a friend but as a leader and a teammate.”

That being said, if football wasn’t a possible career path, Leons would still find himself in a sports related career such as an athletic trainer. With his dream career in reach, however, Leons couldn’t be more excited for the opportunities coming his way.

“My experience this year was probably the best. Even though the season didn’t turn out how we wanted, I still made lasting relationships with every player on the team,” Leons said. “My plan after this year is to go to college and play football. Because of that post, my name got out there, and I’ve had multiple coaches get in touch with me.”

While Leons will soon be departing from Niles West, he will not be forgotten.

“Jack will be tremendously missed and will always be a special part of the Niles West football family moving forward. We look forward to watching him at the next level,” Torresso said.