West Reacts: Continuation of the SRO Program at West 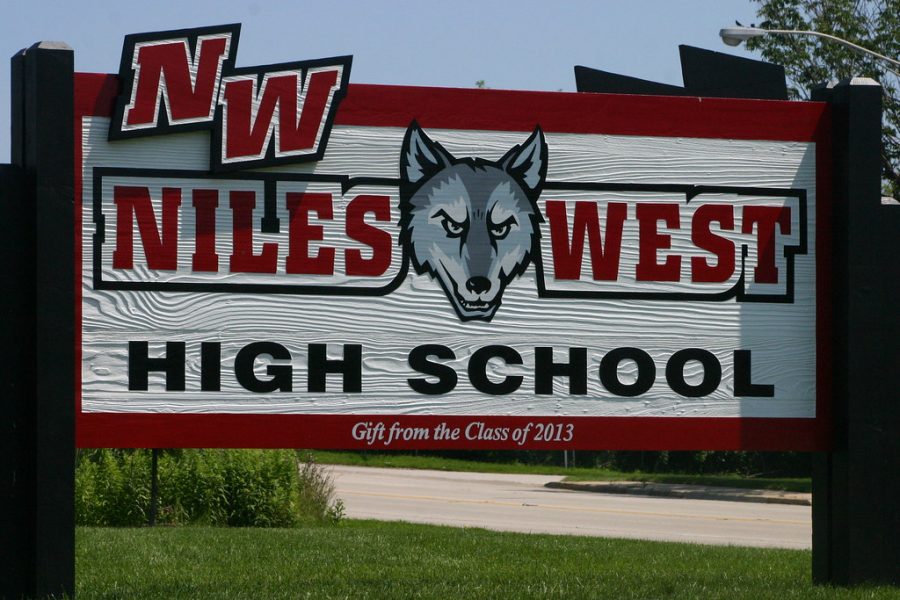 By Isa Gil and Gia Bexes

Niles West has introduced a new School Resource Officer, also known as the SRO, however there have been many opinions on the decision of keeping an SRO placement.

Two seniors from the Black Student Union named Londyn LaVallias and Nina Cajuste shared their views on having an SRO present in school.

“Personally I haven’t communicated with the SRO because I fear something might happen, and I don’t feel that safe. I definitely don’t hate him as a person, but I do fear what he stands for,” Cajuste said.

Both Lavallias and Cajuste feel that the district should have consulted with the students before placing the SRO in the school.

“I’ve talked to him a few times, he seems like a nice guy but there’s still a lingering discomfort as a POC student when being around him, also him carrying a gun makes me a little nervous,” Cofre said. “With the heightened (from the previous summer) awareness of what’s been going on for a while, I feel like POC students, especially black students, would be more comfortable if we knew more about him.”

“I personally have seen [Officer Larson] walking around the hallways during passing periods, and he seems to be a nice person based on what I’ve observed about his interactions with other people,” Ali said.

Ali spoke for the club as a whole, saying that “SOAR would love the chance to get to know the SRO better, maybe sit down and discuss some of our (and other students) concerns surrounding his role at West and how we can work together on making some sort of an understanding or create a comfortable environment between the students and the SRO. A concern SOAR really wants to focus on is about the SRO being required to carry a gun and what that means for students’ safety.”

Some teachers like P.E. teacher Nicole Reynolds agree with these students when it comes to the SRO.

“I’m disappointed that after having an SRO Task Force and all of the community outreach asking to not have one at our buildings that we are still having one. In addition, the day-to-day harm and how it affects our students in general is very minimal. The only great concern is school shootings, but even then, the chance of that happening is slim,” Reynolds said.

On the flip side, many support the having an SRO at Niles West, demonstrating the polarization on this issue.

Senior Samuel Philips said, “I am very happy to see that we have an SRO at Niles West and that our school board did not remove him this year. As a person of color, I feel much safer with one at our school. Officer Larson especially is one of the nicest people at school. He greets everyone and takes time to talk to all students. He also takes time to go to classes and answer all and any questions they have about SROs. Overall I think an SRO is necessary for the safety of all students at our school.”

Many parents and other stakeholders in the community support the contract with Skokie Police Department and want to have SROs in district 219 schools. In fact, 1,137 people signed their names in support of SROs on change.org. At the bottom of the document, they listed reasons to why they are in favor of it.

“I’m signing because until we have strong regulation of assault weapons to keep them out of the hands of civilians, our children are in danger at school and need an armed, trained security presence on school grounds,” Miller Al, one of the commentators said.

“I’m signing because an SRO is essential in providing a safe environment for our kids. I went to Niles west and the SROs did not ever intimidate or overstep their authority. On the contrary, they only contributed to a positive learning environment. Our SROs need to stay in our schools,” Claudia Pavel said.

“I’m an alum to Niles West! When I was there, we had plenty of security. I don’t know how 20 years later and with all that has happened in our high schools across the country that this isn’t on the top of their lists. Keep our children safe with people who have the proper training to do so,” Ed Pocztowski said.

It’s clear that an array of opinions are carried throughout individuals in Niles West and in the community. Those who have expressed concerns with the SRO position typically feel apprehension with what the position represents, not Officer Larson specifically. Those who have expressed support generally feel more comfortable and safer with the presence of an SRO in the building. The SRO position will be maintained at West for at least the rest of the school year, but it is unclear whether the program will continue into the next year.