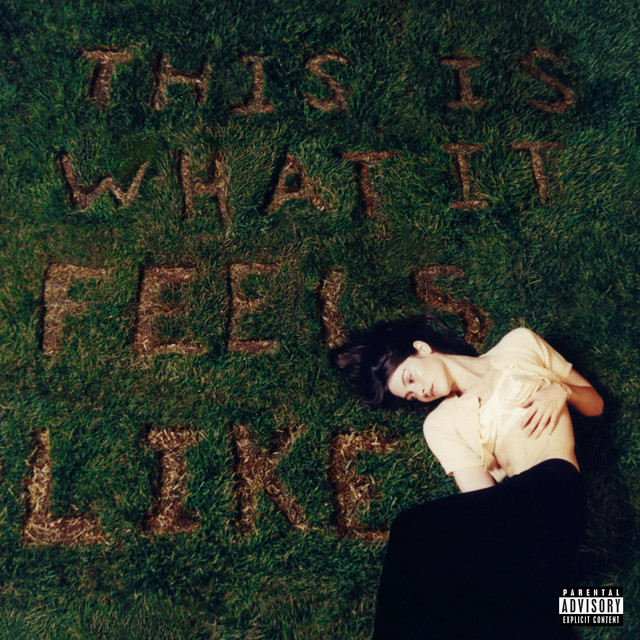 This Is What It Feels Like Now album cover.

Singer Gracie Abrams released her first full-length project, “This Is What It Feels Like” on Nov. 12. The album follows up Abrams’s 2020 EP “minor.”

The album had three singles, leading with “Feels Like”, “Rockland” and “Alright”. “The Bottom” was featured on the setlist from Abrams’s “I’ve Missed You, I’m Sorry” tour.

“Feels Like” leads the album with Abrams’s soft vocals and a pushing beat in the chorus. Abrams has said the song is about a time where she was living in New York and went to Connecticut with her friend to watch After, the Harry Styles-inspired movie. Abrams said her music is inspired by singers like Taylor Swift, which is evident in her lyrics.

“Rockland” was the second single, along with the other tracks that were produced by Aaron Dessner, who recently worked with Swift. Abrams seems to be singing about a breakup, with lyrics like, “Bet you, wish you / Never even met me / I don’t, blame you / Broke your every heartbeat.” A soft and simple acoustic guitar with her own backing vocals fills out the track.

“Alright” closes out the album and was released two days before the full project. This song is a great example of how feelings can be simply described. One thing about her songwriting I love is that she doesn’t drag her songs by adding lyrics.

The album is filled with simple instrumentation to highlight Abrams’s voice and lyrics. Two songs on the record are more upbeat and show how much she’ll grow in the future.

One song like this is “The Bottom.” It sounds like a pop song that you’d hear on the radio with its catchy lyrics. “It’s hard to ignore all of my problems / Gonna regret being too honest / Calling it love, but this isn’t falling / I’m gonna drag you right down to the bottom.”  The song’s music video gives a different perspective of who Abrams is as an artist. The video follows Abrams as she tries to hide a dead body while breaking into dance, and then smiling to herself, which adds a creepy aspect to the video.

“For Real This Time” became my personal favorite after first hearing it in September when Abrams teased it on TikTok.

While her first project “minor” was based around one breakup, “This Is What It Feels Like” is an album about growth. I think this album shows how she understands what suits her best without changing her sound to become more popular. I’d give this album a 9/10, calling this a successful debut from the promising singer.