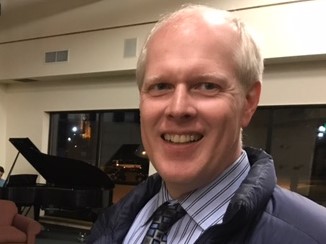 After teaching here for 34 years at Niles West and having an effect on so many teachers and students, counselor Andrew Johnson has decided to retire this year. After starting his teaching career as a spanish teacher and later transferring to become a counselor he has impacted the lives of many.

Johnson has started two clubs since working here at Niles West. Ten years ago he created the Future Latino Club which focuses on culture and introducing Latino students to college opportunities.

Johnson also started the WHO club about 30 years ago. This club is all about community service, “We try to promote opportunities for students to be involved in community service. Over the years I have taken trips with students during spring break to work with habitat for humanity,” Johnson said.

“Mr. Johnson has been a dedicated counselor and student advocate during his career at Niles West. He has particularly helped Spanish-speaking families feel connected and informed about things going on in our district through his programs with the WHO [West Helps Other] club and Futuro Latino Clubs,” Niles West counselor Carla Green said.

Green feels that Johnson has made a big impact on the club environment at Niles West.

“He was very inviting in terms of getting more students to join the WHO club and Futuro Latino Club. Make everyone feel welcome and apart and they have a role in the club,” Green said.

When it comes to clubs Johnsons is great at making everyone feel welcome.

“Drew is an authentic person who poured his time and soul into working with teenagers in a way that went well beyond the classroom. Those student-led, service-learning trips were memorable,” Green said.

Social studies teacher, Matt Weatherington, believes that Johnson had a bigger effect outside of the classroom on student’s lives.

“I have known Mr. Johnson for my entire 27-years at West. I accompanied him to Georgia and to Florida to build houses for Habitat for Humanity with students in the West Helps Others Club — extraordinary experiences that really made an impact as I began my teaching career.”

Weatherington believes that he would not be where he is in his teaching career without Johnson’s role.

Johnson has helped so many students and teachers in the school. His impact on Niles West was huge and will never be forgotten because of the number of clubs he has started. He has played a key role in starting two clubs. Johnson was more than just a teacher to teenagers, he really had an amazing effect on everyone’s life he has touched. We wish him nothing but the best in retirement.