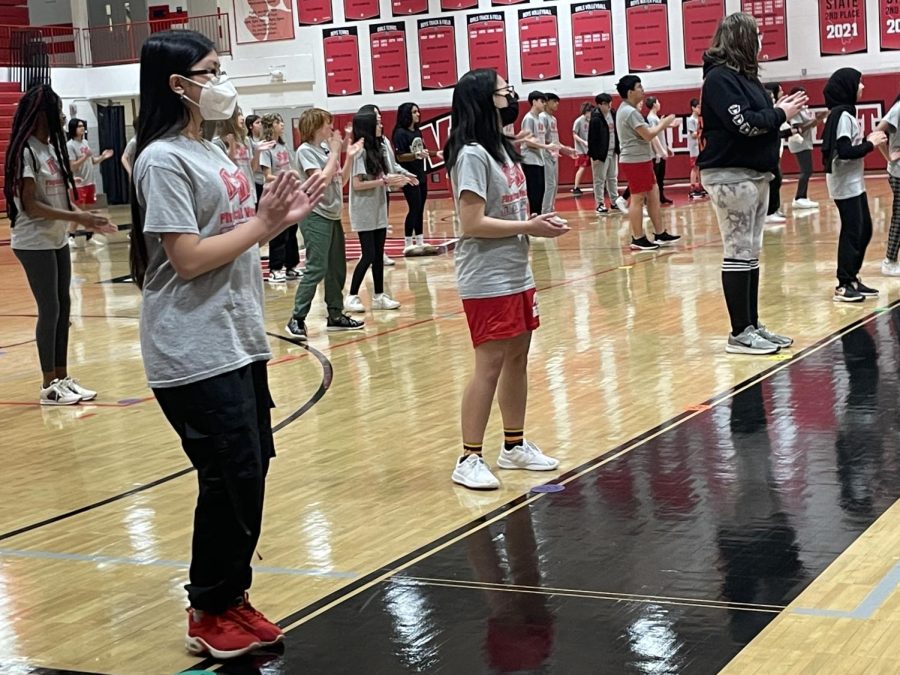 The dance unit has been a part of Niles West Physical Welfare classes for as long as most teachers can remember, with students learning partner dancing with people from the other classes. Recently a question has risen from many students: is all of this necessary?

The dance unit is the only co-ed unit taught to freshmen, creating what most PW teachers call a ‘social unit.’ Most classes include dances such as swing, country line dancing and more. Students are expected to pair up with someone from the other class, which usually ends up being a partner of a different gender, but this often creates an uncomfortable and unwelcoming environment for those participating.

“I always feel uncomfortable being in sort of intimate situations with people I don’t know. It’s awkward and makes everyone uncomfortable,” freshman Fiona Payne said.

Some students feel their physical and emotional boundaries are not considered in situations like these.

“A week ago I was partnered up with someone that I was not comfortable dancing with at all, and that freaked me out to the point that I couldn’t process anything that they were trying to teach me. They were like, ‘this is high school, cry and get over it’ the first time I asked to switch [partners]. After I told them that I wasn’t comfortable with it again, they put me with another person,” freshman Wanda Sanchez said.

Despite some students’ reservations, other students were pleasantly surprised by how much fun they had while dancing.

“I was initially dreading the unit, but now I’ve realized that it’s not as big of a deal as people think it is. People were acting like it was the end of the world or something and as much as it’s unpleasant and I’d rather be playing sports, it’s kinda funny and something you can joke about with your friends,” freshman Henry Riley said.

Over the years, the unit has changed a lot. Teachers have added new dances to reflect different cultures and revised the curriculum in 2017. The only thing that hasn’t changed was that students were assigned to dance with someone of a different gender.

Some teachers believe that while this system isn’t working well, there isn’t an obvious solution.

“I know it’s awkward for the kids, but I do think that if we were to say ‘just pick a partner, it doesn’t matter their gender,’ it could alleviate some problems, but we would have some boys who don’t feel comfortable dancing with other boys, so it’s a double-edged sword,” PW teacher Nicole Reynolds said. “Part of me thinks that if this is such a problem, we should just get rid of partner dancing altogether. Although I think it can be beneficial for social things, I do think there are other ways to teach [this unit].”

There are other issues that come up with the unit. For instance, certain students that cannot participate because of religious reasons say they feel left out. In addition, one student explained that she feels the alternative activity, 25 minutes of a cardio workout, is much more difficult physically than dancing.

Joseph Collins, the new PW department chair, says he is aware of the problems and looking for feedback: “I think that with all units and activities that we do, teachers have the ability to change, and if we are moving forward as a department, things will always change. That is something that some teachers have discussed, and we’d like to discuss further once we’re passed this unit to possibly revise things for the years ahead.”